Designer manufactures toilets Desislava We like for a lot international events

On Thursday, January 31st, at a working lunch, the designer Nevena Nikolova received an email from Nicole Scherzinger. She liked four clothes and asked them to deliver them to 17:00 at the same address. Due to the business meeting she has visited, Nevena can not personally respond, the communication received by the people from her team, and the toilets are delivered in good time. On Saturday, April 2, Nicole Scherzinger sang at a private party in Austria, dressed in a long white lace dress at the top, a Bolgary work. There, Mariah Carey, goes to the stage. She then posted a photograph of her preparation for a concert in her installation profile, Sherringer, which presented the dress. 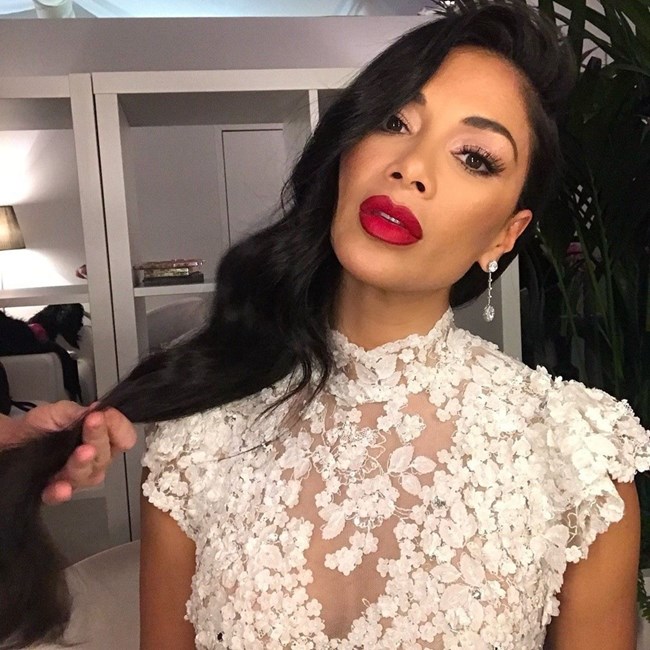 Nicole Scherzinger issued a Bolgary picture in her profile.

This is not the first world star to choose the models of Nevena Nikolova. Last November, Hollywood actress Elizabeth Hurley wanted a meeting with the designer. They are seen at the London showroom and Liz Hurley appears a little later on two world events with Nevena models. The first is a black lace dress on the body, the second choice falls on a silver jacket. 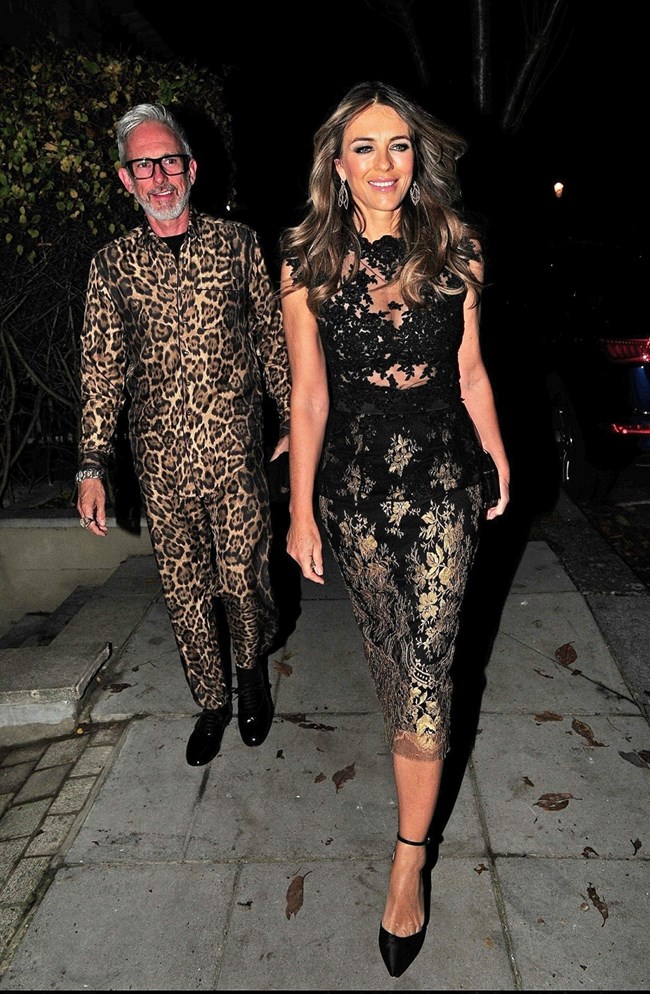 A few years ago, the designer had the opportunity to sew the dress for no one, but also for Beyonce, about which thousands of her colleagues dream. But the star wants the dress to be prepared for two and a half days. The time is too short, because the toilets of Nevena Nikolova are manual work and maintain the perfect quality. He names his name on each of his creations and can not afford not to throw things away, 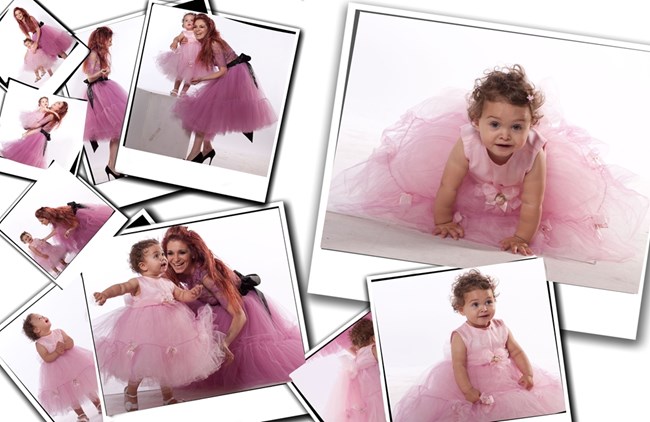 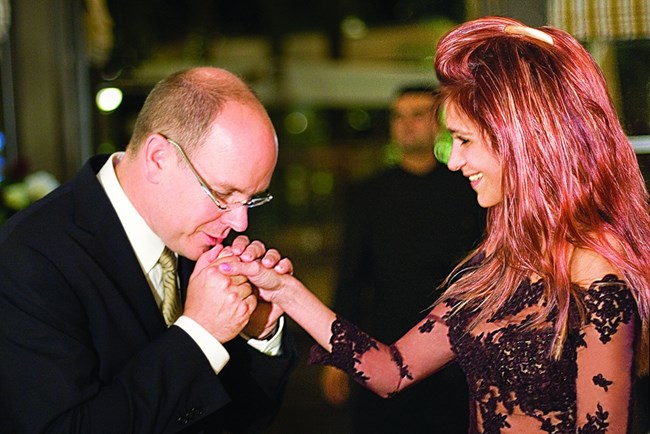 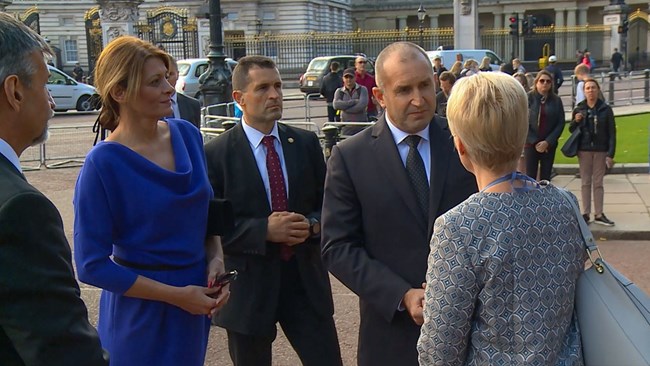 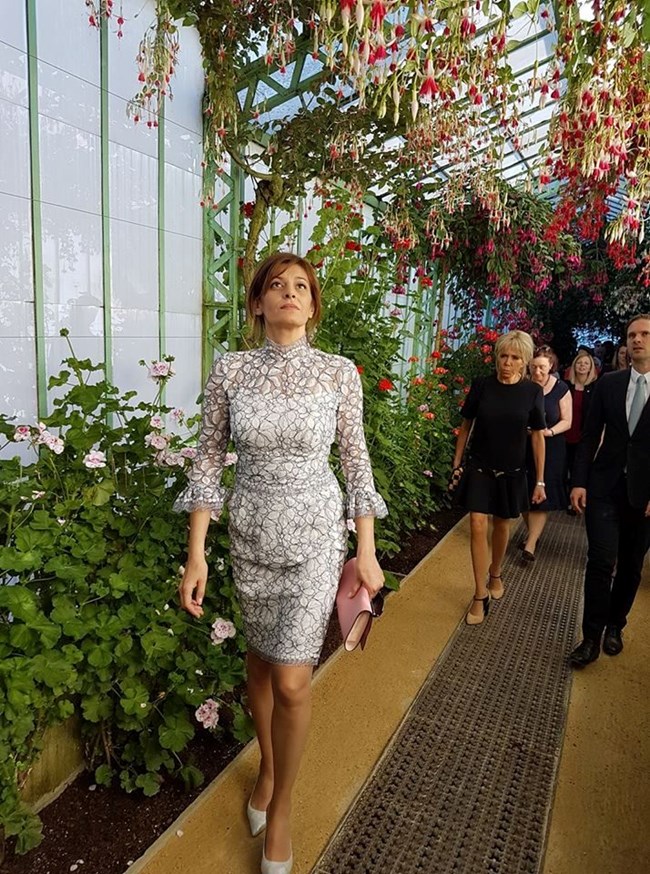 There is still an email with 32 singer actions as a relic for her assistants.

Nevena creates suits for important international events attended by Mrs. Madam Desislava Radeva. "They contacted me and they asked if I could make a dress for her at the NATO summit in Brussels. First we met and won me with her warm and human behavior. When understanding is on a personal level, professional work is going on properly. It is mutual approval and respect, and this is the only precondition for successful projects. We have synchronicity and harmony, "says the designer. Since then, he has produced several models for the presidential wife.

It's no coincidence that Nevena Nikolova already has a great interest abroad. The experience for her is solid. On February 6, 18 years have passed since the establishment of her fashion house. Before going into fashion, it goes a very different way. She studied at the German gymnasium, then entered Scandinavia at the University of Sofia, and then won a scholarship and transfers to Oslo. It started with Swedish in Bulgaria, and ended with Norwegian in Norway. Instead of the planned five months it was three years. She had to choose where she would live, but finally,

He works all the time with German, but despite all languages ​​and education he decides to completely devote himself to fashion. He creates a fashion house with his brother, who is fully engaged in marketing, customer relationships and employment. For a long time, her mother did not agree with the change in her career, but eventually joined the business and is a very important part to date. "It's part of my sampling team in London, it's a great aesthetic, a wonderful decorator, and its embroidery is fantastic," says Nevena.

The name of the designer quickly became popular in the Bulgarian fashion scene. "There comes a point where you can see that there is no more where to go, and the logical step is to go where you can make the most of it. London is a gathering place for businesses, culture, fashion, openness to the world," says the designer. for two months she traveled to Paris from where she bought lace, where she began to dress people with a position that attracted attention, and interest in it was becoming more and more. "My contacts were on a professional level and at the beginning the rating was very high .

This is important for you

he says. And this is happening. For a long time, she dressed one of the heirs and director of marketing for her main lace supplier. For two years, this company was partly owned by Chanel. The mentioned working day always appears in the media with the clothes of a Bulgarian woman. And when the media began to write that her company created a lace for the wedding dress Kate Middleton, interest in her personality is increasing. The media are interested in her clothes, which direct journalists to Nevena and the Bulgarians are starting to appear on the island. "Daily Telegraph" is also an excellent material for her. New customers are emerging, and the designer needs to move to London. It was founded six years ago, but due to its work, it travels a lot in different parts of the world.