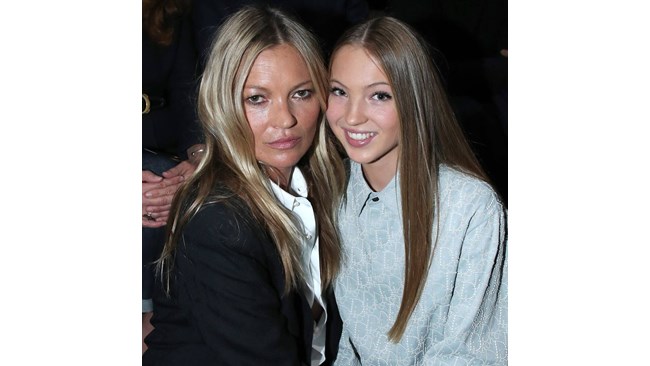 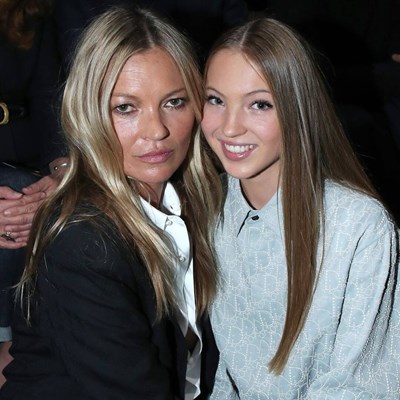 Kate and Laila Moss work for the same fashion agency, but the 19-year-old is proving her independence. PHOTO: Instagram

The big sensation at this year’s Milan Fashion Week was Kate Moss and her daughter Laila. The 47-year-old model looked perfect on the catwalk, as always, but this time most of the eyes were on her 19-year-old successor. The girl paraded in a swimsuit, revealing that she had an insulin pump on her legs. Her look has been perceived as quite daring for the fashion world, where the perfect look of models is considered a necessity, but also as an encouraging message to all diabetics that they don’t have to worry about openly wearing their life support gadgets.

“I don’t think a lot of people know I have diabetes. If someone looked at me, they would never say I suffered from the disease. So I want to try to help as few people as possible to accept it with less suffering,” she explained. Laila.With her behavior, she provoked hundreds of positive comments on social media and somehow managed to withdraw from the shadow of her famous mother, which turned out to be a problem for many children who follow the professional degrees of their parents.

Although in a humorous tone, British comedian Jack Whitehall describes quite well what it’s like to work with the one who created you, and he’s a few laps ahead of you in what you’re doing. “My ambition is to finally step out of Michael Whitehall’s long and dark shadow. It bothers me when strangers on the street shout at me, ‘Where’s your father?'” Even in America, “says the actor. them, and have become known around the world for a documentary series about their travels shown on Netflix.

According to psychotherapist Maxine Harley, any parent can cast a shadow on their child without even realizing it. He does not need to show bad or dominant behavior. It’s enough that he somehow dominates in shaping his ideas about the world. He cites the example of women who were raised as “father’s little princess”. Later, they often have difficulty finding a man they love unconditionally, satisfying all their whims and putting their needs first. For boys, the shadow of a good father can be felt as one’s own inadequacy and inability to meet the standards he has set.

“Such a son can be raised as an heir, but he will always wait behind the curtain to be in line to take a central role on stage and follow in his father’s footsteps. And there is a danger that he is constantly haunted by the feeling that he is nothing but the father of children. This can prevent him from developing his own identity, especially if he has the same name as him, which often happens, “explains Harley. The liberation of this addiction comes from its” enlightenment “of oneself. .Answer questions such as what makes him happy or sad, what makes him feel most confident, and he does it with ease because the path paved by his parents is not always easy and happy.

The son of Hollywood star Michael Douglas – Cameron, reaches the bottom, drinks, takes drugs, even in prison, before getting used to the fame of his father and his grandfather – actor Kirk Douglas. “I thought I was created in a confusing way, and if that’s the case, it would be better to push things into the hole,” he recalled today. It takes many years to do that and just like them to start an acting career. He admits that he was never forced to do so.

The same is said by Kate Moss when Laila comes to the catwalk at 14 years old. She explains that it is natural to support her after she decided to become a model, but she never influenced her choice. Even the mother has so far avoided performing with her daughter. Kate was in the audience, while Laila had previously paraded at London Fashion Week, which of course did not go unnoticed. Apparently, however, the daughter has already gained experience and enough self-confidence to go on the same stage with her.

And a few other kids of famous models have done it before. Among them are daughters Cindy Crawford, Jerry Hall and Heidi Klum.

Lenny Klum, for example, appeared on the cover of Vogue magazine at 16 years old. The fashion bible decided to present her in colorful jackets and pants while her mom Heidi Klum kissed her on the cheek. “It was only a matter of time before I tried to become a model. The first offer came at the age of 12 or 13 from a brand I was happy to wear. Then I asked my mom to let me go, but I didn’t have a chance.” found that I was really too young, ”says Lenny Klum.

At the age of 12, Laila Moss claims that she does not want to become a model, even though she has all the physical information to do so. Her desire was a fashion designer at the time. Four years later, her father, media mogul Jefferson Huck, says her parents don’t find it very cool. “Despite her mom being a British fashion icon and my incredibly interesting work, Laila considers us old-fashioned, but her musical taste doesn’t seem cool to me either,” jokes Huck, adding that even though they don’t live with Kate Moss. They maintain good relations together, and Laila holds them firmly on the ground. It is therefore not surprising the rebellious behavior of a girl who uses her interest in the fashion scene to send messages that are far from glamorous and beautiful. She admits to getting good advice from Kate Moss, and now she decides for herself. Like any other mom, it can embarrass and anger you, but in reality, I love her very much, adds 19-year-old Laila.

55% of parents in Europe know exactly what profession their child should focus on. This shows a HSBC study among 6,000 adults in 15 countries.

In their choice, 42 percent take into account the wishes of the child himself, 36 percent – with his success in school and 27% – with the possible salary he would receive in the future.

About 17 percent say they are also driven by factors such as social status, stability and job security.

Parents have the greatest preference for medicine, engineering, information technology and law. Education-related professions are only in last place.

Almost everyone is willing to pay for the realization of their successor’s career development idea. On average, they can charge almost 5,000 euros a year to provide him with the necessary education. Every second states that he would spend even more if his child wanted to continue his education with another education.

Most parents are willing to sacrifice a number of things to ensure a good education, such as buying a more expensive home to pay for it, as this is a stronger motive for richer people. Younger people, on the other hand, strive to provide their children with an education abroad so that they can touch more nationalities, cultures and gain social experience.