Civilian police expect to question Councilor Dr.’s sister on Wednesday (14). Jairinha, mentioned in the second testimony of Thayná Oliveira Ferreira, the former babysitter of the boy Henry Borel. The maid of the couple Monique and Jairinho, Leila Rosângela de Souza, must also show up at the police station to be questioned.

After returning to the statements from the first statement at the 16th DP (Barra da Tijuca), Thayná prepared a new report as part of the investigation into the child’s death.

Thayná told investigators on Monday (12) on a second occasion to report the facts to police, she was contacted by Thalita, the politician’s sister, before her first visit to the police station.

The babysitter said she told Jairinho’s sister that she was afraid to testify and that she intended to tell the truth. Thayná said Thalita responded by saying she should not be a “judge in her brother’s case”. 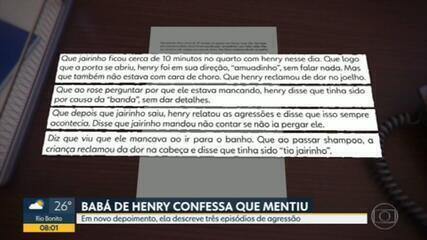 Henry’s former babysitter explained in detail that the conversation was said to have taken place at Thalitin’s home in the town of Bang in the western zone, where the saint’s father, Colonel Jairo, and his mother, named “Dona Manuella”, also live.

At the meeting, Thayná told police that Thalita had asked her to tell “everything she knew” about the alleged attacks on the child. It was only reportedly when the babysitter began reporting on Jairinho’s attacks on Henry that the councilor’s sister asked her to stop.

Thalit’s reactions were interpreted by the nanny as an order not to say everything she knew. According to Thay’s testimony, Thalita would say the following sentence: “Less is more”.

Jairinho’s sister would also ask the babysitter about the existence of cell phone conversations. Thayná said he replied that he is not in the habit of deleting messages. 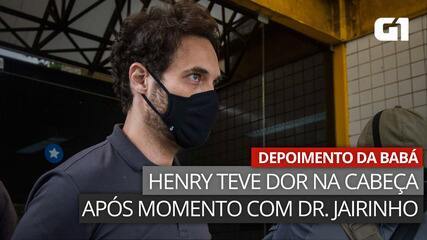 VIDEO: The nanny reports that Henry was with dr. Jairinho had a headache

Thalita then allegedly told the nanny that Monique Medeiros (the boy’s mother) had commented on the conversations with Thayná. Henry’s mother reportedly told Thaliti she didn’t know if the babysitter had cleared the stock exchanges.