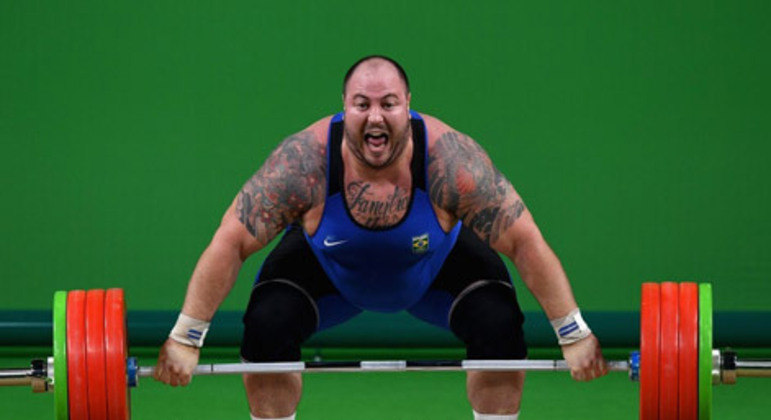 Hoping for an outstanding medal for Brazil, Fernando Reis was caught in an anti-doping test and suspended from Tokyo 2020 Olympic Games. The athlete, who competes in the weightlifting category up to 109 kilograms, tested positive for growth hormone on June 11.

According to a statement from the Brazilian Weightlifting Confederation, the athlete can still appeal the result. The anti-doping and case will be judged later by the Anti-Doping Court of Sports Justice. The COB (Olympic Committee of Brazil) confirmed that it had been notified by the ABCD (Brazilian Doping Control Agency).

“The Brazilian Olympic Committee strengthens its commitment to clean sport and maintains several anti-doping education initiatives. All athletes from the Brazilian delegation in Tokyo had to attend an anti-doping course offered by the World Anti-Doping Agency (Wada).” , the committee wrote in an official note.

Fernando Reis, a bronze medalist at the 2018 World Cup in the category and the current three-time All-American Games champion, has already been suspended once for doping. In 2011, the Brazilian took the exam at the National University Championships in Shrevport, USA.

Check out the official statement from the Brazilian Weightlifting Confederation

This Friday (16), the Brazilian Doping Control Authority (ABCD) immediately notified the order of the temporary suspension of prisoner Fernando Reis. The athlete will travel to Japan next week to take part in the Tokyo Olympics.

Fernando was suspended due to an unfavorable analytical result on a test conducted on June 11, 2021, outside the competition period. The statement said that the substance found contained the substance growth hormone, framed in the group S2, peptide hormones, growth factors, related substances and mimetics.

The Athlete may request the opening of counter-evidence, and the matter will still be decided at a later date by the Anti-Doping Court for Sports Justice. There is still no set date for the case.

The Brazilian Weightlifting Confederation (CBLP) and the Brazilian Olympic Committee (COB) follow the ABCD guidelines and use the fair play protocol to increase the reliability of the results of their competitions.

Gaffe and the caricature on the poster: why Bach became the target of protests