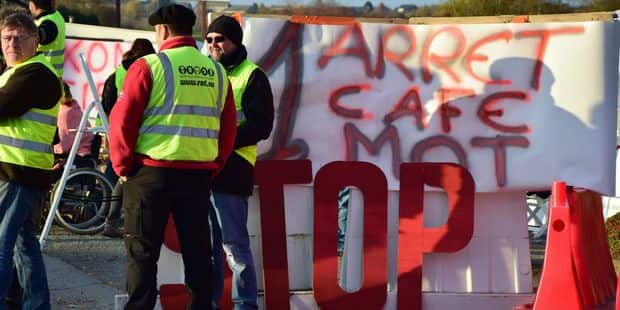 Still present in place, the "yellow waistcoats" will continue to block the disposal of Proxifuel Wierde "until the time it is needed," said their spokeswoman Claude Gilles Sunday afternoon. The action will not end on Monday at 06:00, as originally planned. In anticipation of the formation of a political movement for the "yellow chest" due to the next federal election, Mr Gilles also stated that the blocking of the Wierde town would continue until a reaction from the government occurred.

"Hundreds of people are turning around here every day and will not be missed," he said. "Now we want the government to make the first step, we also invite us to the negotiating table."

Some people who have been accusing Wierde protesters of preventing warming because they blocked Proxifuel's filing asked Gilles also explained the situation. "We do not block or prevent trucks that carry fuel oil," he said. "We know from a reliable source that there is also a diesel fuel for this type of fuel".