The government sounds a "tax loaf", but wants to reduce its dependence on oil, says Darmanin 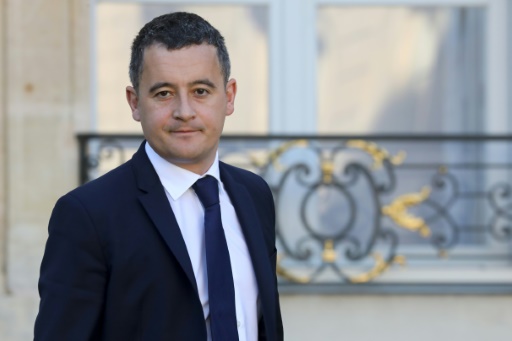 The government sounds "low taxes," and its "duty" is to transform the economy to be less dependent on oil, said Minister for Action and Public Accounts Gerald Darmanin in the full mobilization of "yellow waistcoats".

"Of course, the government heard this important event (…) and who wanted to show that there was a headache," said Darmanin at Radio J.'s microphone.

"What are we doing? We carry a fraction of the tax on labor – so people are taxed less at work – pollution," said Mr Darmanin after demonstrations, bringing together nearly 288,000 people on Saturday in France, and continued on Sunday.

These "yellow waistcoats" protest against an increase in fuel taxation and wider than the perceived loss of purchasing power.

"Of course, ecological taxation is difficult, but it is even more difficult to depend on France for 40 years (compared with) the petromonarchies of the Middle East and, in particular, Arabia Arabia," said the minister who controls the tax administration.

"This carbon economy is very bad for a portfolio of French companies," Mr Darmanin said, referring in particular to the cost of social security for diseases caused by tiny particles released by diesel cars.

"If we know that it is bad for the French economy and the health of the French, we have to do otherwise," he said.

"We heard this anger, but we want to tell the French that it is our job to transform our economy, that they are not addicted and that it is good for their health," the minister insisted.

Mr Darmanin also stressed that his government is working to reduce the tax burden in general.

"It seems that in the last 17 months we have reduced taxes in our country, we may not be able to lower the taxes of those who protest, in this case we have decided not to lower the income tax, but to abolish taxes, such as housing tax, and especially the most popular category, but we lower taxes and we continue to do that, "he promised.

The € 210 million jackpot has fallen: here’s the one who hit the jackpot