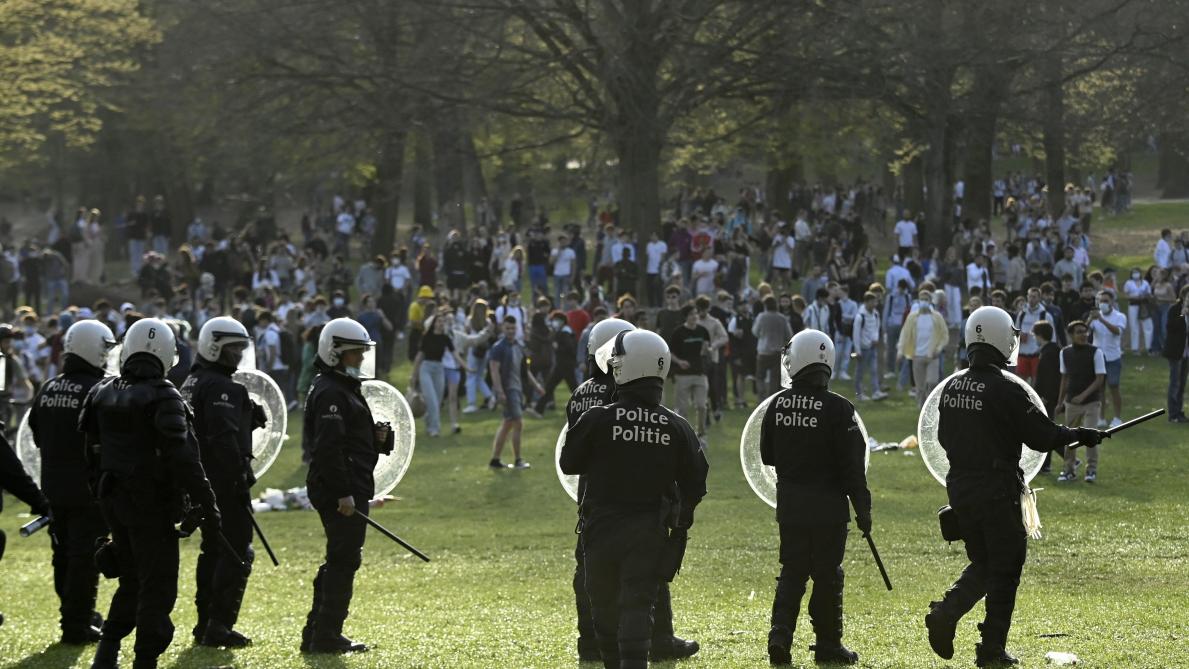 Pedestrians and horses were mobilized to disperse the crowd. Police used a water cannon and resorted to the support of drones, a tear gas canister and a helicopter.

DAs part of the evacuation of the Bois de la Cambre, which began on Thursday shortly after 5pm, 14 people were arrested administratively and another in court, a Brussels-Ixelles police spokesman said at around 9:15 p.m. Ilse Van de keere. In addition, 8 protesters and 3 police officers were injured. Two groups of young people are still there.

Many bottles were thrown at the police, 3 of whom were injured. One of them, hit in the head, was taken to hospital. Police days are not in jeopardy.

Among the participants of the rally, 8 were injured. Among them, two were treated on the spot and two slightly injured were taken to hospital. Not all are involved in the police intervention. For example, there is a participant who has been injured by an iron rod thrown by another participant.

In addition, the windows of a police van and the windshield of an equestrian truck were broken.

Recall, local police estimate that between 1,500 and 2,000 people gathered in the Bois de la Cambre in the afternoon, which is contrary to medical measures. The La BOUM event was posted on social media to suggest to internet users to head to a fake music festival organized for free in the Bois de la Cambre. Brussels-Ixelles police have launched an investigation to identify the organizers.

“People need to get some fresh air, but we can’t tolerate such meetings in the Bois de la Cambre after we observed the efforts at the vaccination center with the director of Saint-Pierre this afternoon to fight the virus,” the mayor tweeted. of the city of Brussels Philippe Close. “So we evacuated the wood. Those who disobey police orders risk arrest and prosecution. ”

Pedestrians and horses were mobilized to disperse the crowd. Police used a water cannon and asked for help from a drone and a helicopter.

“We warned people a few times that we were going to disperse them,” explains Ilse Van de keere. “The dogs of the dog brigade and the riders were in the second row, behind the ranks of the intervention police. The sprayer was used several times because people were coming back. We had to do the same maneuver several times. “