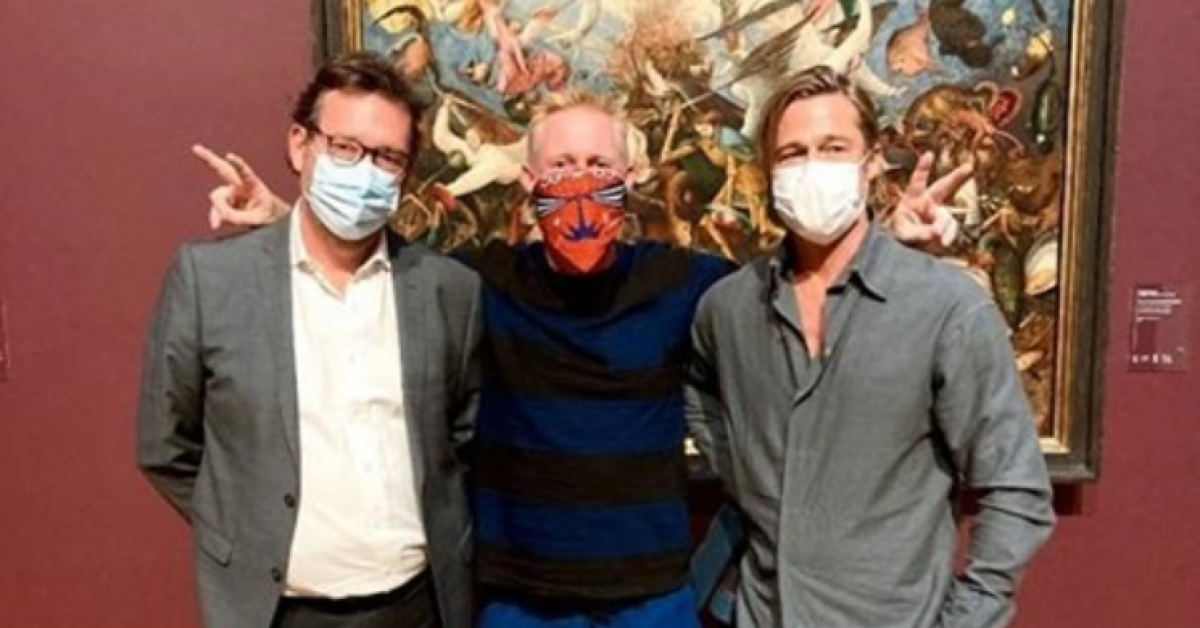 Brad Pitt landed at Zaventem Airport this Monday with the utmost judgment or almost because it was photographed from all angles (see exclusive photos here). According to our information, the actor was accompanied by director Louis Leterrier (“Lupine”, Netflix) and the editor-in-chief of the latter in two “unreachable” films Vincent Tabaillon.

It was rumored that Brad Pitt had gone to the Royal Museum of Fine Arts in Brussels. Now confirmed photo in support!

In a photo posted to the Fine Arts Belgium Instagram account, we immediately recognize Brad Pitt in the middle, as well as artist Thomas Houseag. The acclaimed sculptor is a friend of the American star. He also introduced him to sculpture soon after his separation from Angelina Jolie.

If Thomas Houseago is to visit the Royal Museum of Fine Arts in Belgium, which has announced that galleries with works by Rubens, Bruegel and Rembrandt will be closed for six months due to staff shortages, he is set to host the next exhibition “Paintings of Vision” starting April 22 , still in the Royal Museums of Fine Arts.

It is always better to accompany a good friend to visit. And you can also choose a celebrity, enough to promote your future exhibition …