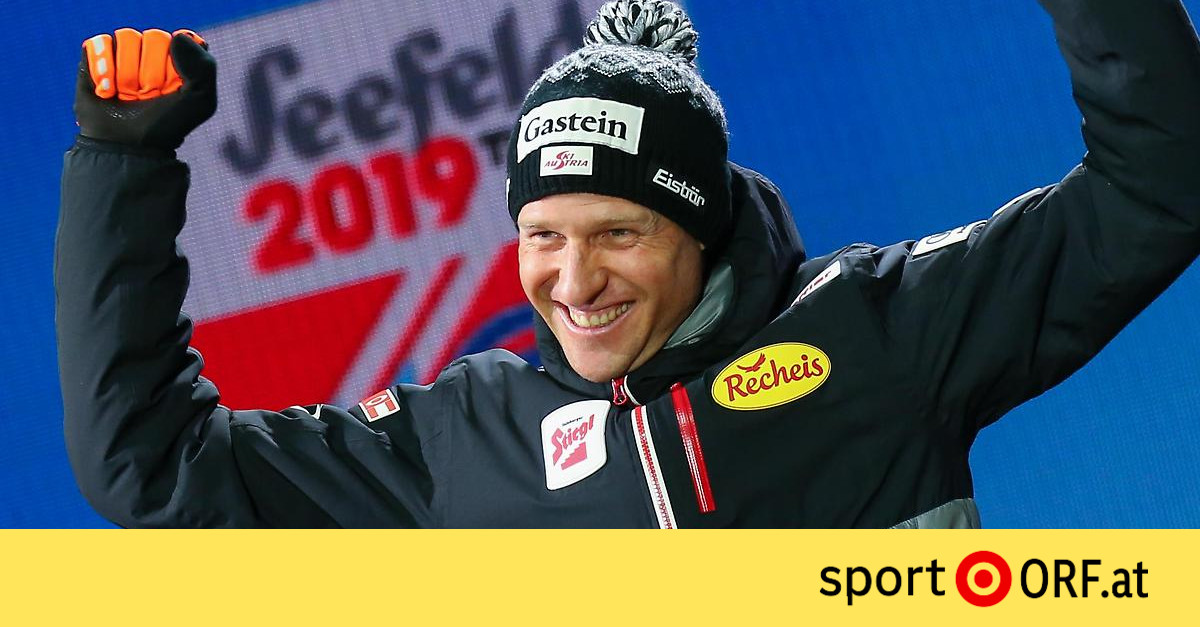 "Today dreams come true again. That's really nice, "said the 36-year-old in an ORF interview. From the 2010 Olympic Games in Vancouver (gold in the team competition) he won at least once every event from precious metal. He has won the bronze in the team sprint in Seefeld. For a long time, he was not sure he would even be present at the World Cup.

Gruber was nominated for jumping problems as the sixth and last in the Austrian Ski Association (ÖSV) World Cup, but he was excited in Seefeld, but from the beginning in jumping, his weakness to date. He also helped the ÖSV team at the World Cup already clearly outperformed the goal set by President Schröcksnadel with four medals with six precious metals (three times silver, three times bronze).

"In the last second he jumped onto the World Cup train"

Gruber could do this through hard training. "I like to train, I would like to be on the track, I would like to go to the gym. It was not that hard for me. But it just did not work on the hill, and it worsened me, "explained the local from Salzburg. "I thought it did not exist, I did not forget it."

Bernhard Gruber in a conversation

Bernhard Gruber is pleased with his medal at the World Cup. He describes himself as a perfectionist.

While his colleagues at the Klingenthal World Championship in early February, Gruber completed special training in Planica. "It's paid off." Ever since I gained trust in jumping. Then I had to deliver to Lahti (the last World Cup stand before the World Cup, note). The heart of my warrior said: "You will not let go" and so it was. Then, at the last minute, I jumped to the World Cup. It's just a border now. "

Gottwald was also pleased with him: "So I came here, I hoped this would happen," said the triple Olympic champion. Bernie did not have a light season. He was not installed, he forced himself. It separates it, "said Gottwald. "I am a perfectionist," Gruber said of his self-imposed pressure, which has always shown "100.110 percent" of performance. "Everything I do, I work with my body and soul."

When asked about how this silver medal is compared with Falun's single gold in 2015, Gruber said: "Each medal has its own emotions, its moments. Of course, Falun was madness. Every World Cup is special, but you do not get a World Cup in your country Every day, bringing a medal at the world championship in the world is something brutal. It is simply wonderful. "Gruber's two other gold medals in Oslo in 2011 were brought to the team.

Gruber takes care of the next medal

Richer is stronger in the last sprint

Now the oldest medalist in the combined team had to beat Norwegian velvet Magnus Riiber in the regular competition in the team in 1.4 seconds. Gruber created a very good position for a 10-mile cross-country ski jumping as the ninth with just 22 seconds behind.

Akit Watabe (+ 4.6 seconds), with third-placed Japanese, joined the first two with Riiber and his colleague Franz-Josef Rehrl after 6.1 kilometers. Rehrl fell back, he was fourth (+ 29.8), and in the last sprint Gruber had to just let Richer take the lead. "My ski went very well, but it's really hard for Jarla. It's not in vain the winner of the World Cup, "said a family man.

Gruber gets the next combined medal

Bernhard Gruber, who fell so late in the World Cup team, brings a silver medal in a singles silver medal on Thursday.

"It's fantastic that Bernie was in front," said sporting director Mario Stecher. It is again in such a good shape. Congratulations to the trainers who have nominated for the World Championship. "Chief coach Christoph Eugen was written in the face of joy." Third competition, third medal. If it works, then it works. "Joker" often drinks once. We did everything right after doing one medal anyway, but it's amazing. "