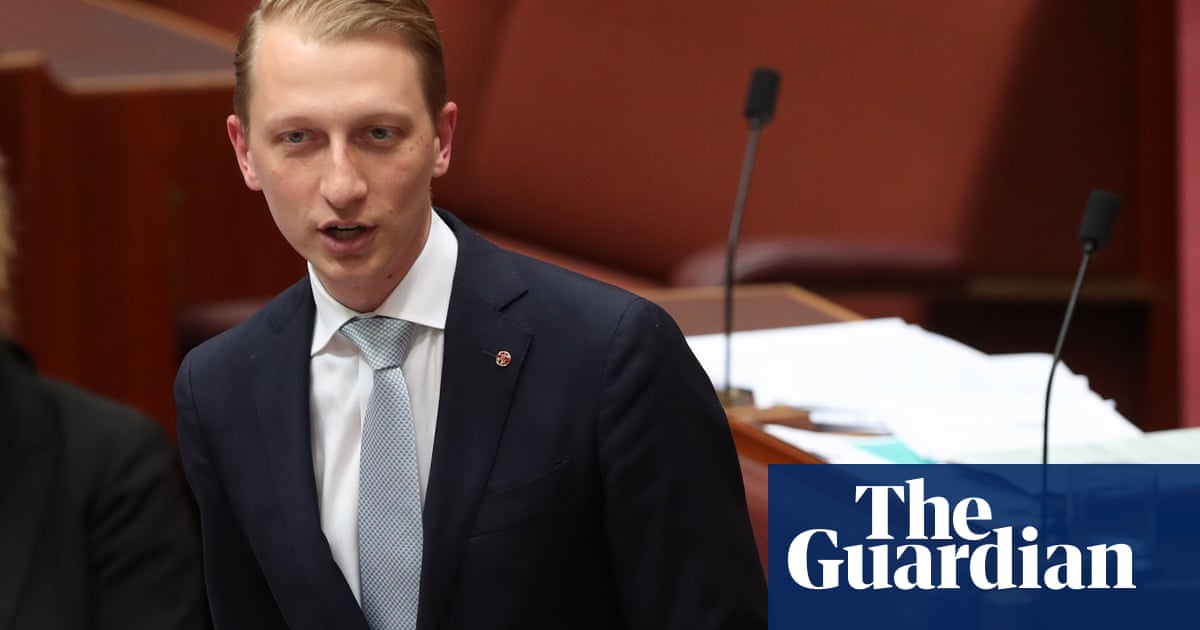 The investigation of confidential plagiarism found that the report, written by the Senator of the Liberals, James Paterson, violated the standards of research integrity.

In 2015, Paterson helped write an article that is critical of high rates of pay, "generous" perks, and the impact of the union in the public service.

Paterson, then Deputy Executive Director of the Institute of Public Affairs, wrote the report to Aaron Lane, a lawyer, and then a Ph.D. candidate at RMIT.

In small parts, the document is almost word for word as an internal document prepared by the Australian Public Service Commission and was submitted to the IPA eight months earlier. The Commission was then led by John Lloyd, who resigned in 2018 after a dispute over his links with the right-wingers.

Guardian Australia learned that the similarities between the two reports earlier this year caused a plagiarism complaint at RMIT. The complaint referred to "plagiarism and copyright infringement" and accused Lane of improper behavior and behavior "which could lead RMIT to a poor voice". Lane strongly denied the accusations and said that the complaint was politically motivated.

The confidential preliminary findings of the university issued this month by Guardian Australia have made it possible for Lane to be charged with serious allegations of breach of research.

However, the university found that inadequate references to the commission report constituted a minor violation of the research integrity policy.

"Comparing IPA and [public service commission] it was found that the overlap level is small, "she concluded.

"Notwithstanding the small extent of this overlap, according to the correspondence provided by the FOI claims log and the known link between the authors of the reports, it is considered that it is likely that [public service commission] A great deal of intellectual input was used in the preparation, design and guiding of the IPA report.

"In addition, it was found that the lack of clarity in relation to the relationship between the buildings reduces the transparency and accountability of the IPA report and does not adhere to the RMIT policy."

Paterson did not want to comment when he contacted Guardian Australia, although he had previously said Lane had done most of the work.

Lane consistently and firmly denied any allegations of irregularities. He told the Guardian in Australia that RMIT had approved the infringement and welcomed the finding.

"I am pleased that the university has cleaned up these insulting and politically motivated complaints," he said.

The complainant quoted two examples of the copied text in support of his accusations of plagiarism.

In one section, the IPA report states:


Over the past decade, employees in the Australian public service have achieved wage increases, which is well above the CPI. During this time, the APS salary increase increased by 50% to 31.8% compared to the CPI increase. This is more than most other industries […]

In addition to these generous wages, this report underlined that other favorable conditions and provisions have been accumulated in the Stability Policy Agreements, including provisions favoring the trade unions. These rights go beyond those provided by minimum security networks, and often well above standards in the private sector. "

The text of the Commission's internal report reads as follows:


1. Over the past decade, APS employees have achieved an increase in wages at a significantly higher price.

2. During this time, the increase in the APS replacement increased by 31.8% compared to the CPI increase by 50.7%. This is more than most other industries.

3. In addition to these generous wages, other generous conditions have been accumulated in Commonwealth public sector agreements. These go beyond those provided by minimum security networks, often well above Community standards.

In the second section, the IPA report states:


All agreements contain prescribed arrangements that provide the trade union with access to the use of jobs, infrastructure, technology and resources – and paid hours – for the purpose of exercising their role in their union. "

The report of the commission states:


Most APS agreements contain prescriptive arrangements that provide trade union delegates access to the use of jobs, infrastructure, technology and resources for the purpose of exercising their role in their union. "

RMIT said that Lane will report the violation to "educational mode". This included providing information on the University's expectations and inviting him to "amend the published version of the IPA report to indicate the contribution to [commission] report ".

"The RMIT University seriously takes into account the integrity of its research and wishes to thank you for having raised this concern," they said at the university.