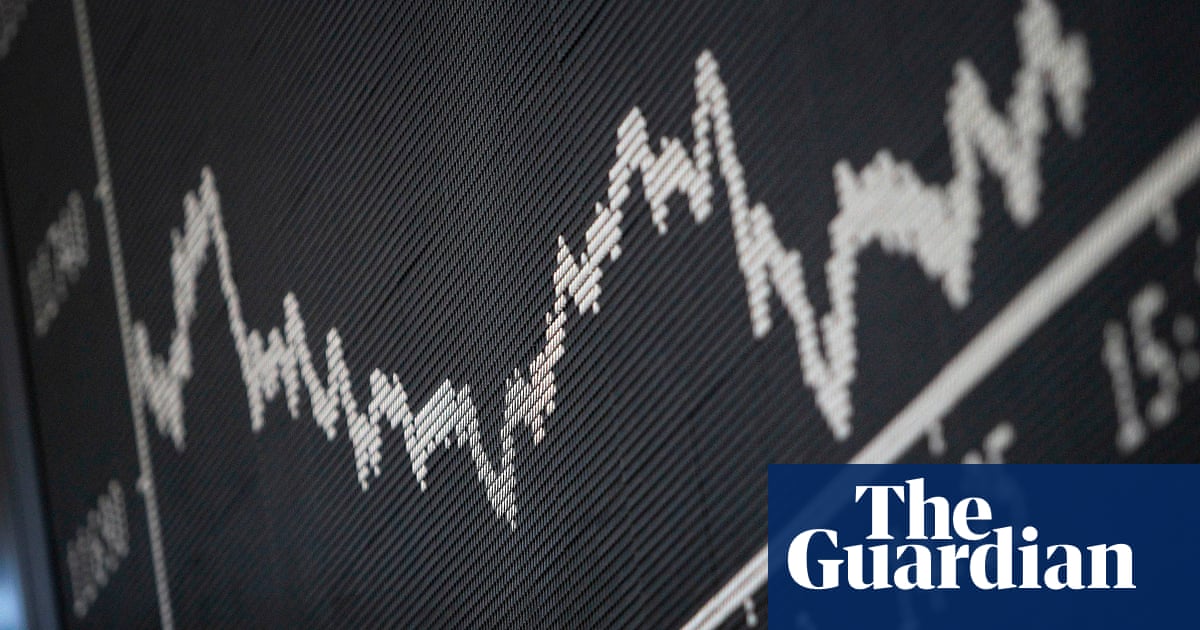 Shares in Asia Pacific have slumped after a key market indicator flashed a "amber warning" that the United States is heading for a recession.

Bond yields also continued to fall across the world with Australian 10-year treasury yields falling to record low on Monday at 1.756%, in what analysts see as a strong indicator of a downturn hitting the country-rich country.

Stocks were also under pressure in Sydney with the ASX200 benchmark index falling by more than 1% at lunchtime.

Equities were sold off across Asia Pacific. In Japan, the Nikkei was down 3%, bond yields slipped to their lowest point since 2016 and the yen – seen as a safe haven investment – was at its highest in more than a month. The Kospi index in Seoul dropped 1.6%, Hang Seng was down 1.82% and Shanghai retreated 1.3%.

In commodities, Brent crude oil futures eased 24c to $ 66.79 in a sign of falling confidence in the world economy.

The market action on Monday was a response to the biggest losses in US shares since the beginning of January on Friday when Dow Jones sank 1.8%, the S & P 500 was off 1.9% and the Nasdaq dropped 2.5%.

Concerns about the health of the world economy increased last week after remarks by US Federal Reserve indicated that it would not raise interest rates this year. The comments confirmed to analysts that the Fed has backflipped on its hawkish policy of the past year when it hiked rates four times and is now more pesimistic about the outlook for the US economy.

Adding to the fears of a more widespread global downturn, manufacturing output data from Germany on Friday showed a contraction for the third straight month.

In response, US 10-year treasury yields slipped below the three-month rate for the first time since 2007 as nervous investors ploughed their money into the safe haven of bond rather than riskier assets such as shares.

This so-called inversion of the bond yield curve – where long-term rates fall below short-term – has predicted every recession for the past 60 years. It is a function of bond markets that the return, or yield, falls when the price of the bond rises.

"We have re-run our preferred yield curve recession models, which now suggest a 30-35% chance of a US recession occurring over the next 10-18 months," said Tapas Strickland, a strategist at National Australia Bank.

Typically a 40-60% probability sees a recession within the next 10-18 months, Strickland added, basing the analysis on previous recessions.

"The risk of a US recession has risen and is flashing amber and this will keep markets pricing a high chance of Fed cutting rates."

In Australia, falling bond yields are seen as a sign that the Reserve Bank of Australia will have to cut rates at least twice this year. Borrowing costs are already at a record low of 1.5% and bank governor Phillip Lowe has suggested until recently that the next move in rates could be up.

But a deteriorating housing market, weak wage growth and uncertainty about the outcome of a federal election set for May have combined to convince investors that the bank will reduce the cash rate.

"If the Reserve Bank of Australia is slow to cut or respond to global headwinds, then we can see Australia's yield curve flattening dramatically," said Tano Pelosi, portfolio manager at Antares Capital in Sydney. "It will suggest the RBA is behind the curve."

The Australian dollar, which is seen by investors as a proxy for global risk appetite, was down for its third straight session of losses at US70.73c.