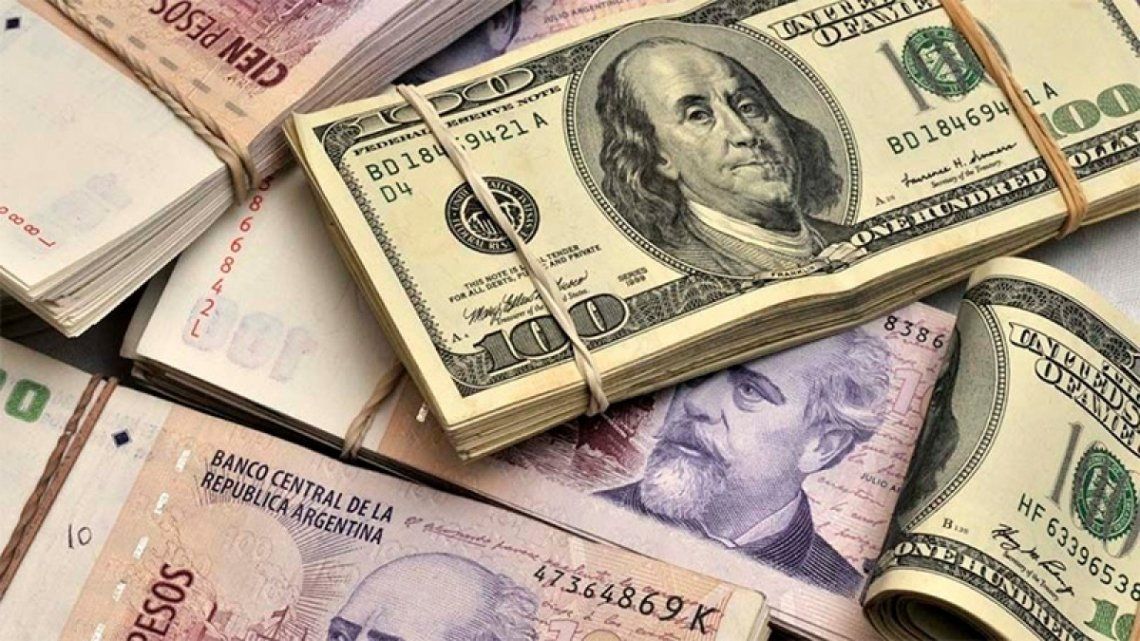 So in the retail segment this week the exchange rate fell by $ 1.67, whilst the wholesaler has accumulated a fall of $ 1.75 compared to the last Friday. In the wholesale segment, the currency fell 57 cents to close at $ 42.18.

On the money side today, the Central Bank of the Argentine Republic (BCRA) confirmed the rise of Leliq rates of 4.63 basis points, which ended with an average of 66.860% in the total amount of USD 203.510 million, but in the week the monetary policy rate fell by 52 base points.

Alejandro Bianchi, investment director of InvertirOnLine.com, and president of the CFA Society of Argentina, analyzed that the sale of dollars to be made by the central bank next week would balance supply and demand.

"Approximately between this month and November we should have a positive trade balance of USD 500 million. So, if you add $ 1300 million to be sold by the Treasury plus a plus 500 million US dollars of trade balance, there will be a constant offer of $ 1,800 million in the dollar, "said the president of the CFA Society of Argentina.

Vidal asked that he be "convinced" by the leadership of Cambiemos

In connection with the winding up of the field, Bianchi estimated that in November we would have a record year between "80% -85% liquidated". In addition, with regard to the possibility of speculation with the time of the liquidation of grain, it is explained in detail that since the drought of the previous year and with such high interest rates, "there is not enough space to exploit and you need to use equity."

Gustavo Quintana, an analyst at Corredores de Cambio, commented that the sales trend that appeared on Monday sharply arose during the week and that it was possible that the price of the dollar "ended equally at the lowest level since the last week of March."

"Even the decline in the real one in Brazil, which has become more visible in part-time work, can change the price of a local market, which reacted only with a lukewarm recovery compared to today's falls," he said.

For Quintana, next week, reduced on working days for Easter holidays, "you can speed up the decline in the exchange rate, taking into account that the period of official foreign exchange auctions begins."