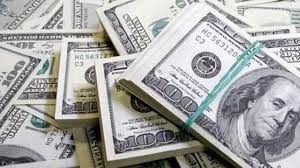 The dollar fell 58 cents yesterday and ended at $ 43,289 for sale to the public at major financial institutions, which fell by 3.71% in the week and returned to levels that were not registered since March 25.

Whilst in the wholesale segment, the currency fell by 57 cents and closed at $ 42.18.

So in the retail segment this week the exchange rate fell by $ 1.67, whilst the wholesaler has accumulated a fall of $ 1.75 compared to the last Friday.

On the money side, the Central Bank of the Argentine Republic (BCRA) confirmed an increase in the Leliq level of 4.63 basis points, which ended with an average of 66.860% for the allocated sum of USD 203.510 million, while in the week the monetary policy rate decreased by 52 basic points.

43.289 $
average for sale to the public in the main financial institutions
3,71%
reduction in the week

Alejandro Bianchi, investment director of InvertirOnLine.com, and president of the CFA Society of Argentina, analyzed that the sale of dollars to be made by the central bank next week would balance supply and demand.

"Approximately between this month and November, we should have a positive trade balance of US $ 500 million. So, if you add $ 1.3 billion to be sold by the Treasury plus a $ 500 million trade balance, the US dollar will be $ 1.8 billion dollars of constant supply, "the president said. CFA Society of Argentina. "Fixed interest rates rose this week, the expectations of treasury sales, and thus began to activate sales of exporters," explained investment manager InvertirOnLine.com. In connection with the winding up of the field, Bianchi estimated that in November we would have a record year between "80% -85% liquidated".