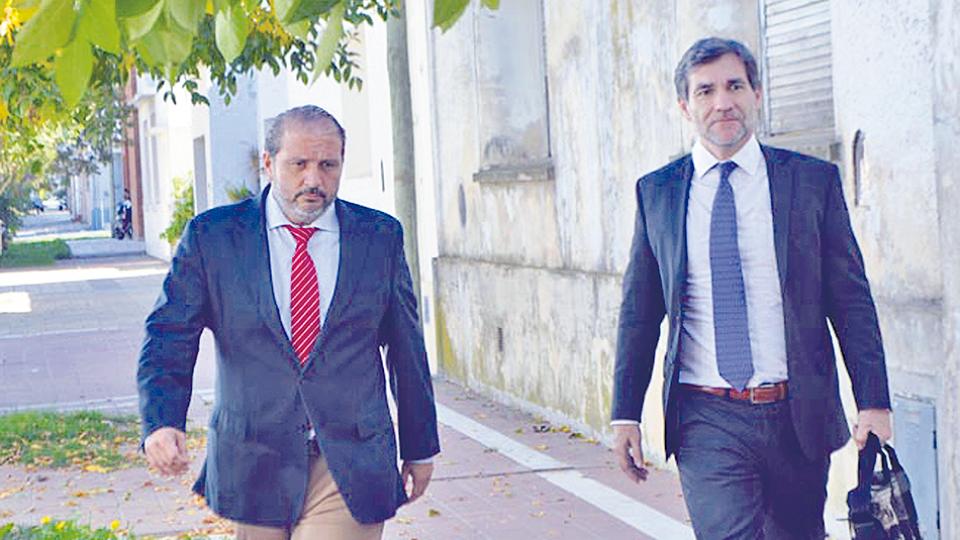 On Friday, Dolores Juan Pablo Curi's prosecutor rejected an application for deferred Mercedes-Benz prosecutor Juan Ignacio Bidone to deal with a case investigating an illegal spy network involving fake lawyer Marcelo D & # 39; Alessio and prosecutor Carlos Stornelli. The decision is consistent with what Curi has done since the first day, aligned with the Comodoro Py system that plays for Cambiemos. Bidon's lawyer, Diego Alvarez Bognar, told Curie that his party had already announced three times and that the definition was consistent. The prosecutor in Dolores has now dismissed the request to take his statement as the one who repented, with benefits that would comply with the law. Finally, Bidone will testify directly to Judge Alejo Ramos Padillo next Wednesday.

From the beginning, the Curie in all possible ways hindered the progress of the cause. He ruled that Judge Ramos Padilla should be removed from the file and that everything should be sent to the Retiro building. This is a maneuver designed to alleviate an instance that not only exploits Stornell's prosecutor, but also almost all the remaining structures of the federal courts of Comodoro Py.

Dolores's prosecutor also refused to accept the former spy Rolo Barreir as an accused colleague with unusual arguments: the authorization of President Maurice Macrie is necessary or that Ramos Padilla determines whether he is competent or not.

In this investigation, Bidone is on his way to be prosecuted as a member of an illegal association that has forced, coerced and forced his connections with the state apparatus, in particular the Federal Intelligence Agency (AFI). The group, which included, among others, D & # 39; Alessio, former commissioners Ricardo Bogoliuk and Aníbal Degastaldi and former Barreiro spy, obtained information on migration and telephone companies via Bidon. This information was used to extort at least two people: customs officer Gabriel Traficante and businessman Pedro Etchebest. Prosecutor Bidone says he did so in good faith because he thought D & # 39; Alessio was an AFI official, so he thought he was involved in a formal investigation. However, there are indications that Bidone has been paid or received inadequate gifts in exchange for this information, including passes to Cancun for him and his family.

The prosecutor's relationship with Curie is astounding. Any court investigator would be interested in submitting the virtual debtor, but in this case, the representative of the public ministry in Dolores would prevent any progress on the file. In any case, your time seems to end. Today there are few who still support Stornelli and the machines behind him. Prosecutor General Eduardo Casal also begins to worry that Prosecutor Stornelli is absent for 16 days in absentia.