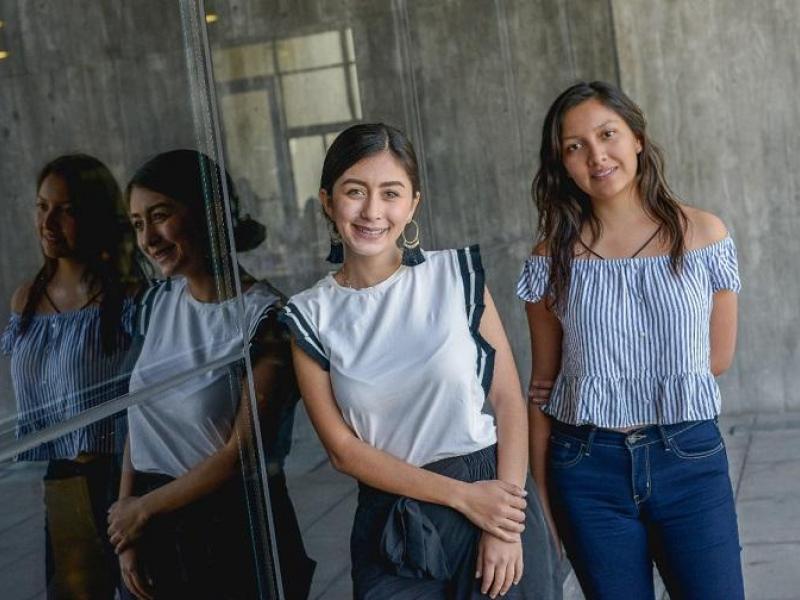 The project is called LifeDrop

Mexican students have designed an intelligent pantiprotector, the main objective of which is to detect infections in the intimate field of women, provided by Efe María Fernanda Nava, one of its creators.

Nava explained that the device, called "LifeDrop", is similar to a female pantiprotector, but added with natural and hypoallergenic intelligent spheres.

These spheres, detailed, change color according to the pH of a woman, and if there is any kind of infection in the intimate area, tonality becomes intense pink.

With this, the woman, thanks to the information in the package, would know whether her intimate health is good or the gynecologist should visit her as soon as possible.

A project, also called LifeDrop, was created when pupils realized that cervical disorders were among the leading causes of death in Mexican women.

In the same way, they understood that one way to prevent them is an early diagnosis of any change in the fluid in the vaginal area.

According to the Mexican Institute of Social Security (IMSS), 75% of Mexican women have submitted one at least once in their lives. This development seeks to quickly, efficiently, disposable and at very low cost to eliminate vaginal infections and to ensure the protection of women in their period.

In addition, Nava warned that this device is trying to put aside more invasive methods that often create fears or fears in testing in women. "Sometimes the shore does not rely even on a gynecological consultation," he explained.

According to Nave, creators hope that anyone can gain it, especially because "there is no socio-economic status or age for you to get a vaginal infection."

In the same way, he explained that they hoped to have an affordable cost, as at this time they estimate that the price could range around five pesos ($ 0.26) per piece.

"We would like to have a social impact by supporting those who do not have access to these tests, what we are looking for," Nava said.

He explained that the patent procedures were ready, but they met with investors, "because we want to work more on development in order to bring the product closer to the market that would be on the market."

In the technological development and business model, Nava and Adriana Vargas, students of the Tecnológico de Monterrey School of Architecture, Art and Design, collaborated with a multidisciplinary team.

A project involving Javier Ceballos, a biotechnology engineer from the same institution, was awarded in Chile.

"LifeDrop reached first place in Jump Chile 2018," said Nava. The purpose of this event is to encourage higher education students to transform their ideas into business models to form a new generation of entrepreneurs and change agents with a global impact.

"Being the winner of the Jump Chile competition was just the first step, with which we hope to continue to develop the protector technology," Nava said.