February 9, 2019 – 15:56
A group of researchers at the National Polytechnic Institute in Mexico succeeded in removing 100% of human papillomavirus (HPV) in 29 Mexican women.

A group of researchers at the National Polytechnic Institute in Mexico succeeded in removing 100% of human papillomavirus (HPV) in 29 Mexican women.

With the help of photodynamic therapy, researchers managed to eradicate HPV, which is the "pathogen, which is the main cause of cervical cancer" in 29 women who were carrying a virus or who had premalignant lesions in the cervix or had both diseases, says. statement.

A human papillomavirus is a group of 150 related viruses that can be transmitted through any form of sexual contact, whether it's kissing or sex. In most cases, the human body naturally gets rid of, but some types of high risk can develop into genital warts and cancer.

He is a Mexican IPN scientist who succeeded in removing 100% of human papillomavirus. pic.twitter.com/hSmgMPPvar

Photodynamic treatment was used in two groups of women, according to IPN: 420 women in Oaxaca and Veracruz, where "results were encouraging" and 29 in Mexico City, where 100% of the virus secretion was observed.

"We have been working for 20 years to find new therapies that give people with premalignant lesions of cervical cancer an opportunity," said a scientist from the School of Biological Sciences dr. Eva Ramón Gallegos. Years studied the effect of photodynamic therapy on various types of cancer.

"With photodynamic therapy we achieved the eradication of the papillomavirus by 100% and the premature lesions," added the expert. 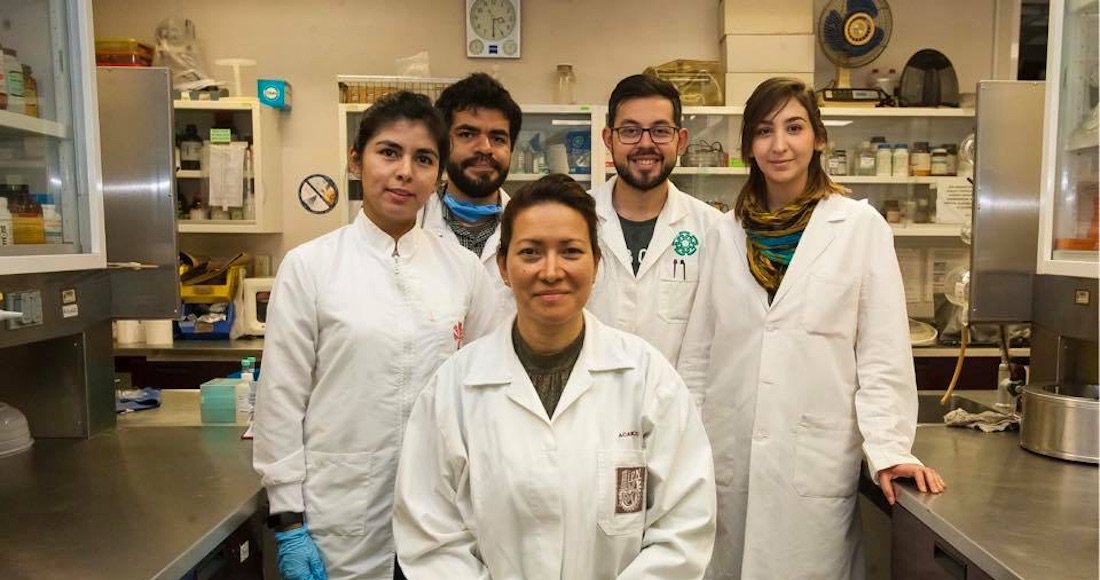 Eva Ramón Gallegos with her team.

Treatment involves the use of a cervix, a medicine called "delta aminolevulinic acid", which, after the chemical process, becomes fluorescent and accumulates in damaged cells. By identifying these affected cells, structures impregnated with the substance are removed by laser beam.

A GREAT step for humanity

Treatment was divided into two parts. The first was with women in Oaxaca and Veracruz. They were treated three times, each with a space of 48 hours, and each patient was given radiation according to their case.

The results of this therapy were: 85% HPV excretion for women who had HPV with injuries or no injuries, and 42% excretion for those who had only malignant lesions of cervical cancer, were reported in the statement. 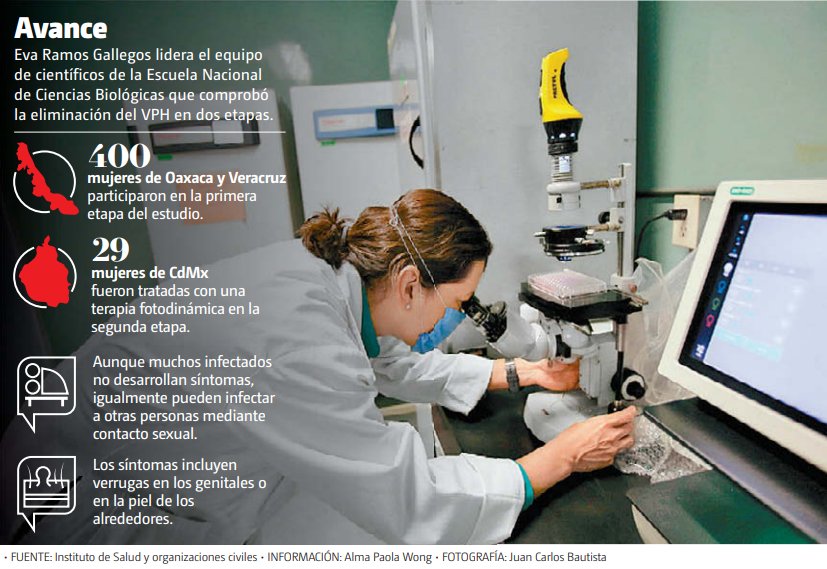 In the second phase, which was among 29 women in Mexico City, patients received a double concentration of aminolevulin delta acid and were treated twice in 48 hours.

The second phase results were: the elimination of 100% HPV in patients who carried it, but did not have cancerous cancer lesions. 64.3% in women with HPV and lesions and 57.2% excretion in those who had HPV-free lesions, said IPN.

"Unlike other drugs, [el actual] removes only damaged cells and does not affect healthy structures. Therefore, it has great potential for reducing the mortality from cervical cancer, "said Dr. Ramón Gallegos.

In addition, a group of scientists also noted "positive effects" in the elimination of pathogenic bacterial strains in women who had Chlamydia trachomatis bacteria producing chlamydia, another type of sexually transmitted disease and / or Candida albicans that causes vaginal candidiasis. With this treatment, these pathogens were eliminated in 81% and 80%, the document adds.

Who is exposed to HPV?

Most people who have sex are exposed to HPV at a certain time. Even if it is exposed, most women will remove viral infection naturally. However, permanent infection can lead to abnormal cervical cells called the cervical "pre-cancer" because these cells can progress slowly to cancer if they are not treated. 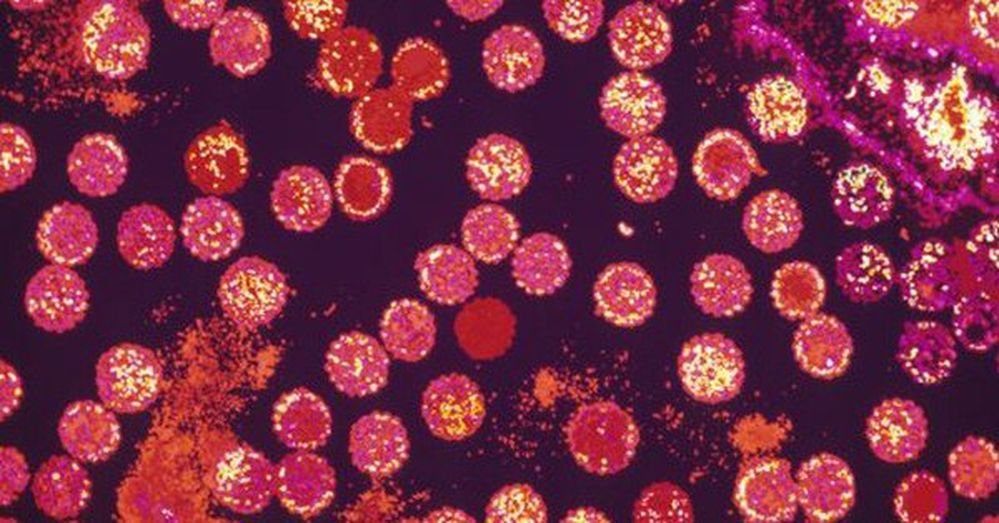 The World Health Organization (WHO) recommends a vaccine for HPV for girls and boys aged 9 to 14 years. The United States, the United Kingdom and Australia and some countries of the European Union have similar guidelines, although with small differences, although only a few countries include children.

The vaccine should be given before the person is exposed to the virus. Its effectiveness in preventing infections is well known: in some studies it is 100%.