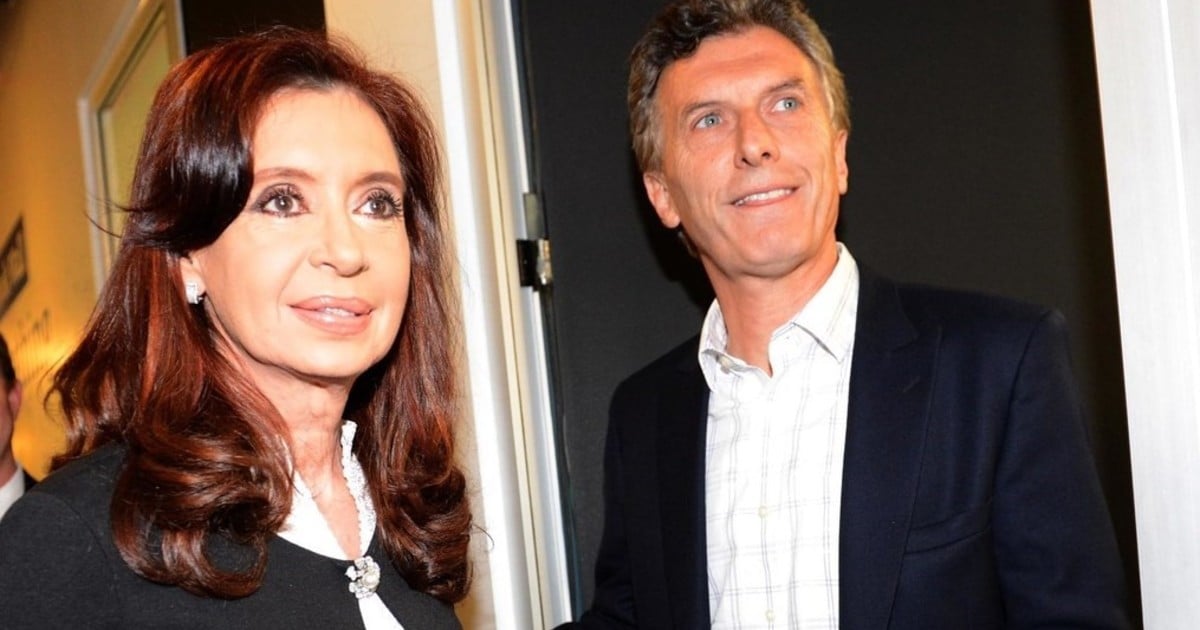 The minister, a veteran of the thousands of electoral battles, made the forecast for October extremely simplified. "The presidential elections are like on a plane: chicken or pasta?" There is nothing else. And in a dilemma of chicken or pasta we won. The company is a passenger. They choose chicken, choose pasta or eat without food … "A man laughs at his stubbornness and does not explain who is chicken and who is pasta. However, he explains that when he talks about two meals they serve on a plane he talks about Mauricio Macri and Cristina Kirchner Seven months before the compulsory elections and nine months since the presidential election, these are the two options with the greatest intention of voting in the elections. Of course, the question raised by leaders and citizens is predictable: is there an electoral option that could compete with Macrie and Cristina? Or, as optimistic official pontificates, does the future diminish only to chicken or pasta?

In this wider universe of those who decided to become an alternative to Chicken and Pasta Macri and Cristina this week, there were significant moves. The most important, no doubt, was this Roberto Lavagna came from ostracism. The former minister of economy has allowed the exchange rate crisis in 2018 to take place with a phrase that repeated to those who asked him when to comment on what is happening in Argentina. "The biggest contribution to the state is not to speak," he said, as if his only consideration could have put the government in a bigger trouble.

But after the earthquake of the crisis and installed a financial summer in recent months, the vote has begun to join in promoting the Lavagna candidacy. The first was Eduardo Duhalde, then Governor of Santa Fe, Miguel Lifschitz and head of Margarita Stolbizer. The last two have long been working on the coalition's options which combines federal peronism and what they call progressive forces. They often talk to Sergio Massa and Juan Manuel Urtubey, but the number that he is most fond of is Lavagna. And it seemed to them that the phrase was a phrase, which the former minister said on Wednesday in a report to FM Millenium.

"We need to build a wide and varied space", Lavagna explained, adding that a decision will be taken by June. Four months in which he intends to expand the secret. This is a minimal but significant change in the non-compliance with voting obligations, which has always been maintained. However, The biggest obstacle between the former minister and the main leaders of the federal peronism is that Massa and Urtubey are determined to play the presidential candidacy in an open intern. And if it ends as the last example of this opposition space, Lavagna will not leave the comfort zone and will not be a candidate.

Those who seem determined to have a new opportunity to fight for the presidency are Massa. In 2015, it was third and out of the vote, but managed to retain 20% of the votes gathered by the late José Manuel de la Soti. The former mayor of Tigre sees a similar scenario today and intends to break the difference that Cristina takes into account in previous surveys. He hired Catalan consultant Antonio Gutiérrez Ruby (who co-operated with the former president of 2017) and accelerated his campaign in the summer with an idea similar to that of Jaime Durán Barba before Macrie and the first line of change. "You have to talk to people who are far from news and newspapers."

From there, Massa appeared on social networks and joint vehicles on Argentinian routes. A car tour recorded in a program style advertised by British animator James Corden on US television. Massa sings (or at least tries) songs that are familiar to the general public and mark the tour with visits by businesses or entrepreneurs in the provinces. He united a team of digital creators to help and resist memories and hostile hostilities.

Outside the thousand-year-old fun, Massa knows that his fate has been played primarily in a much more savage inner Peronism. Lavagne will not face publicly, but he is convinced that the former minister will not go through the primary filter. And although the one who added Stolbizer, the radical mayors who disagree with Cambiemos and speak with Lisfchitz, gives priority to the connection with governors, leaders and trade unionists. In fact, in Santa Fe, it is sympathetic to the support of peronists who compete with ruling socialism like Omar Perotti or María Eugenia Bielsa, who even represents her as a possible companion to the presidential formula.

Last Monday, Massa and Miguel Angel Pichetto led the first photo of the year, which was not Kirchner Peronist, along with Juan Schiaretti and four other governors in Mar del Plata. This was not a political event, nor was it a failure. The man from Tigar is convinced that Cristina will withdraw from the presidential candidature at the end of the race and will sponsor an unconditional candidate such as Axel Kicillof that some senators and deputies will retain Kirhnerism for several years. But if you make a mistake in this announcement, Massa swears to face the former president.

During these years, Massa saw how some of his allies approached Cristina. Felipe Solá, Daniel Arroyo and Facundo Moyano are some of those who drank at Front Renadador and today choose the allegedly higher competitiveness of the senator. The same dilemma is faced by some governors who fear Kirchner's challenge on their territory. This is the only way we can, for example, explain the tactical commendation of Tucuman Juan Manzur to the former president. In order to be re-elected in his province, he must first overcome the internal obstacles represented by the degraded José Alperovich, his predecessor and the former political partner.

While Peronism is approaching the outbreak of its inner volcano, Massa, Urtubey and Pichetto remain at the forefront of anti-surgeonism. The main peronist in the Senate is complicated by the defense of the privileges of Cristina, who, whenever the question arises to the upper house, was carried out. Therefore, if the final presidential candidacy for space is settled in elections, Tigers and Salta are likely to compete. Urtubey was not in Mar del Plata because of Pilcomaya's flood in his province, but two leaders met regularly. For example, they have advanced in the possibility of setting up joint lists in Salta and Buenos Aires and in the competition in the rest of the country.

However, the road is long until the lists of candidates for Presidential regulations are defined and there are always surprises that change the electoral scenario. One of them could be the re-emergence of a celebrity personality who has long been flying over politics: a neurologist Facundo Manes. Radical sympathies, a brain physician, was on the verge of becoming a Member of Parliament in 2017, including the list of Buenos Aires stones, led by Maria Eugenia Vidal. But some of the differences in posters, and in particular the refusal of Manes to the directives on the campaign of the duranbarbistas campaign, tear apart this phenomenon in large leagues.

Since then, Manes' office has been marked by radicals, peronists, socialists and even discreet businessmen and judges who have listened to their ears to include some electoral options during this time of uncertainty. And although the line of life is still not clear, the neurosurgeon decided to lead the action in Tandil in the city of Buenos Aires in March. He will not care to gather people because his talks on the brain of Argentines invite crowds across the country. But politics, you know, is a muddy field where personal talent is often insufficient.

Federal peronism Massa and Urtubey; late incognita Lavagne; the arc of progressiveism that seeks to reconcile the socialist Lisfchitz or what a surprising image once embodied by Marcelo Tinelli, and today embodied in Facundo Manes. There seems to be no other option for Argentineans resisting chickens or pasta from Macrie and Cristina. President and Change have already decided on the strategy of unifying the elections The province of Buenos Aires and Buenos Aires, with the presidential election, to play everything for the fate of Macrie, Marie Eugenie Vidal and Horacio Rodríguez Larreta.

There remains a question about the future of Cristina, in the week when modern clouds of systematized bribery returned to the Kirchnerist Festival of Public Works. There is his accountant (Víctor Manzanares); widow of Enrichment Secretary Néstor Kirchner (Carolina Pochetti) and wife Lázaro Báez (Norma Calismonte), who began they reveal secrets which until now seemed invincible. The end of the dent can also indicate the beginning of something unknown.