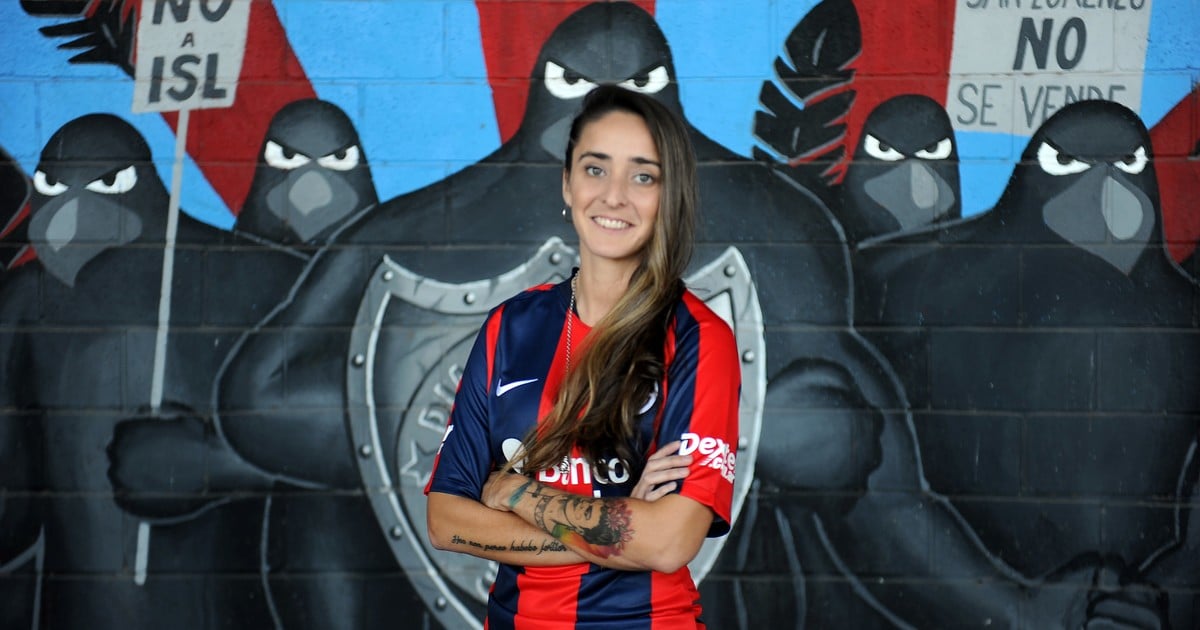 Yesterday, the New Gasometer lived a historic day. The main protagonist was Macarena Sánchez, the new San Lorenzo player who, after 27 years, signed his first professional contract for years of fighting for gender equality in football. After a day full of feelings, Maca He spoke to him Clarin present and future.

– What was the possibility of playing in San Lorenzo?

-Matías Lammens came after the AFA's notification of professionalism and told me he wanted me. He always worked with me and with all the players in an uninteresting way, he told us that he would help us and fulfill us. San Lorenzo is a great club and the girls have an excellent level, they always fight, I did not have to think much.

– What kind of expectations do you have?

– At the beginning, I get into the group, I'm training again, catching the rhythm of the game, which I still miss, even though I trained for three months. And help the team both on-site and outside. My big dream is to go back to the champion and to do it with this institution that opened the door to me after everything that happened.

– Two months ago, you felt that with this message you signed and until the beginning of this fight, you will no longer play football. Did you imagine that everything would happen so fast?

The truth is, no. At the same time, it was not as fast as we requested it. There are players who have been struggling for a long time and have been retired, including players who played the World Cup in 1971 and today can not enjoy it. Yes, this happened quickly from my case to date, but according to other claims, it seems to me that it was pretty slow. Today I like everything, this is a historic moment.

– Did you feel that the AFA agreed if there was a dispute with DACI?

– I think that AFA understood the moment, whether it be with conviction because they have long fought for pressure or exploitation of the moment. This should be emphasized. This is similar to abortion, many legislators voted in favor, without having complete conviction, but they understood the historical moment. I think this case was similar.

-Who threatened you with death, did she give you more power, or did she turn you into a thought to retire?

In those three months, there was not a moment for which I had thought of anything. Yes, I was afraid that it never happened to me, but I never thought I would go back. On the contrary, I had much more support, which helped to make it more and more visible.

– Can I determine the federalization of women's football?

– No doubt. Everything is given to this to happen.