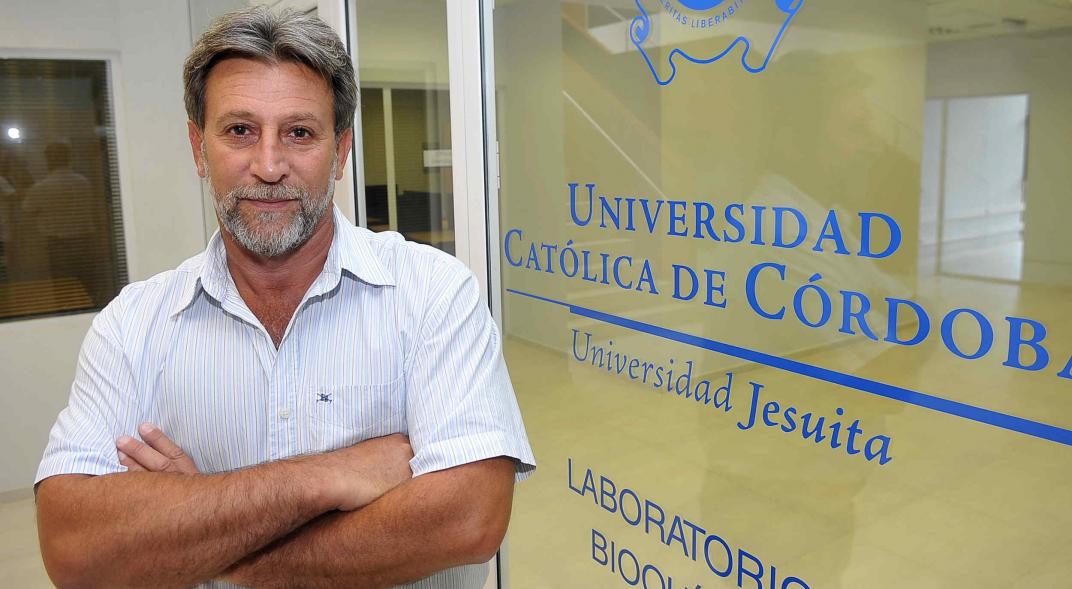 Only a few Argentinian scholarly works have as much potential as developed by the Huga Luján group, researcher at Conicet and the Catholic University of Córdoba (UCC). One day he published an article Nature Communications in which he presented a platform for the creation of oral vaccines.

This technology would be a pharmaceutical revolution because it would not require qualified management personnel or a cold chain to preserve it.

In addition, its development could also be used to achieve caries, cancer and a wide range of diseases affecting livestock production.

A colleague from Luján, a technology transfer expert working in the US, once told him that his job should be sold for $ 2 billion.

But Luján feels a bitter taste in his taste. We are pleased that we have already published three articles Nature in the last 10 years from the peripheral institution of world science. Something like Athens can play in the NBA and win three championships.

There is, however, a bitter feeling that his work is not approaching concrete facts that enable the entry of foreign currencies into the state or, potentially, a drug that helps to save lives.

The first scientific strike by Luján occurred in 2008. He published a document in that year that revealed the strategy that the Giardia lamblia parasite must mislead the human immune system.

It uses a repertoire of 190 surface proteins that change before our defense responds. Play costumes.

Giardiasis causes diarrhea to millions of people, especially in less developed countries. His team reached the vaccine, an inactive version of the parasite, in which all proteins are expressed simultaneously, so that the immune system can read all along and prepare its artillery when the pathogen actually enters the body.

Four years ago, Conicet approved the vaccine for a large company. "Nothing progressed," the company acquired it for 75 thousand dollars when it charges $ 100 million annually for current treatment, which is not very effective. Sometimes I think they have purchased a license so they are not used, "says Luján.

The strategy used by the parasite to survive the hostile environments of the digestive system (high temperature and pH and persistent gastric juice attacks) is the basis of a platform for oral vaccines developed by Luján, which is also patented.

A few weeks ago, Luján and the team published the first results in oral flu shotgun flu viruses. The study was carried out in collaboration with the French Virologist David Klatzmann.

However, Luján fears that this development will sleep the same dream of the just in which the vaccine against giardia rests.

The year 2018 was difficult for Argentine science, and Luján was not exempted. Conicet gave us only 40 thousand pesos to maintain the institute. We are still not receiving subsidies that we won two years ago. We finished the work with UCC funds and a prize donated by Von Humboldt Foundation in 2016, "says Luján.

The researcher ensures that he can not continue in his development. "Now, the company should have a license and start to conduct clinical trials to check its effectiveness in humans. Conicet should perform this task because he owns the patent," he says.

Meanwhile, the group is trying to create an oral vaccine for the respiratory syncytial virus that causes bronchiolitis in newborns. "It will help us to know more about the newborn's immunology, of which there is little information. We focus on the hardest, "he says.

He added: "I am convinced that if this work was done in another country, much more would have been achieved."

Intelligence in the absence of money

The first authors of the latest work, published in Nature Communications, are two young scientists, Marianela Serradell and Lucía Rupil, from the Center for Research and Development in Immunology and Infectious Diseases (Cidie) in Conicet and Catholic University of Córdoba.

"Argentine researchers are excellent, but we find ourselves in a number of barriers: subsidies to tackle outdated costs in time and amounts, and a lot of bureaucracy in the purchase of reagents abroad." We are in a worse position to be able to compete with other scientists, "says Serradell.

Rupel agrees that the biggest challenge is to manage them with limited resources. However, he adds that the implementation of the experiments also causes uncertainty. "I would like this invention to be distributed among people. But there is a long way to go, clinical trials are very expensive and the reality is that very few trial vaccines come to the market," he says.

The original text of this article was published on 02/09/2019 in our printed edition.