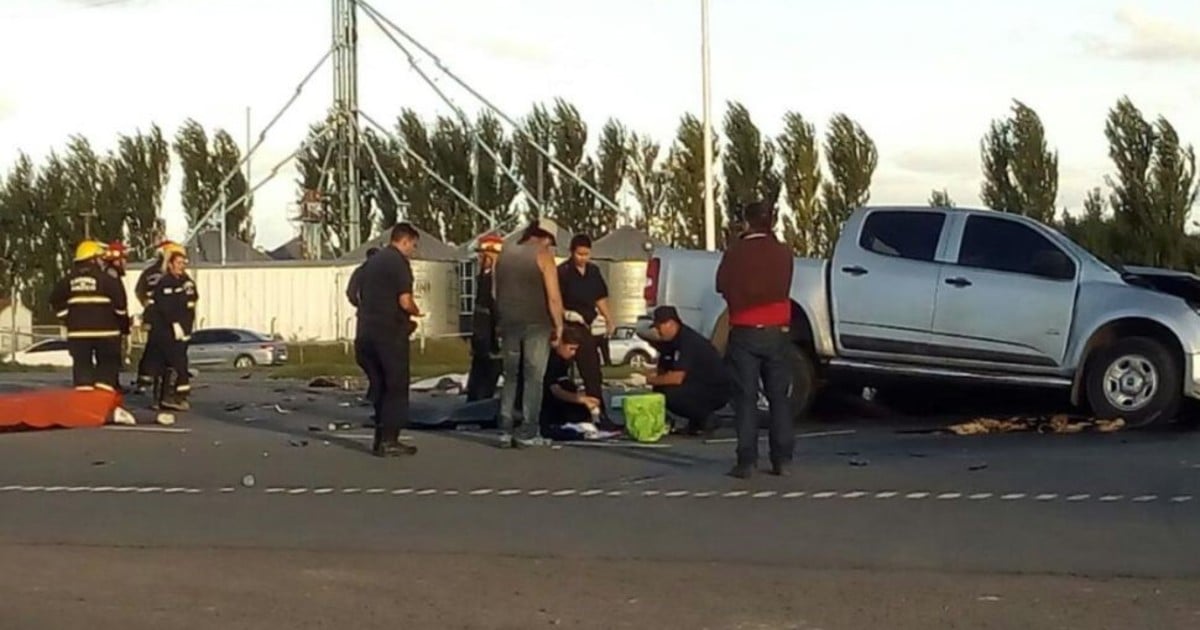 There were fifteen people in the van, who had a capacity of five. They hit the truck at the crossroads of provincial road no. 51 and national no. 7 in Carmen de Areco. The result was fatal: nine of its inhabitants died, five minors and four major ones. And the other two were serious. Clarin spoke with road safety experts who are in addition to emphasis impartiality behind the wheel the group that traveled along that road, were warned weaknesses in controls. One of them believes that part of the responsibility is also related to the lack of progress in infrastructure work.

"Road safety is a stand: education, control and infrastructure. If one foot fails, it falls. Everybody here is unsuccessful., said in a conversation with this newspaper Ricardo Lasca, coordinator of the Committee for the Defense of National Road Users. "Traveling from 15 to 15 is nonsense. There is a serious problem of education. But in this case, it's not the only thing that's been wrong, "he adds.

As for the infrastructure, says Lasca, "there are concessions from the 1990s and this place work is done in a dropper"" This crossing level should not exist. " Years ago he had to be a distributor or bridgeIt adds. Problems with controls are added: "It's clear they do not work".

For Fabian Pons, Chairman of the Observatory of Vial Latinoamericano (OVILAM), the main problem "10 people traveled more". "Moving people in the luggage compartment is not allowed, and in a double cabin they can travel with up to five people. Passengers who go into the box virtually have no chance of survival in the event of an accident. If passengers are more or less a belt, in addition to being at risk, they pose a danger to others: they may cause him damage or death to which he has correctly circulated.

"We need to add another question to this: Do these people get on the road and no one sees them? How is it possible that so many kilometers travel without stopping them? ", points out Pons, who says that this situation is often recorded. "This is how we learned because the tragedy ended, but Panamerican or General Paz and every day there are scenes of this style, nothing has been done," says the president of OVILAM.

In these cases, it is appropriate not only to accuse the driver, but also to terminate the infringement: "We should reduce to 10 passengers".