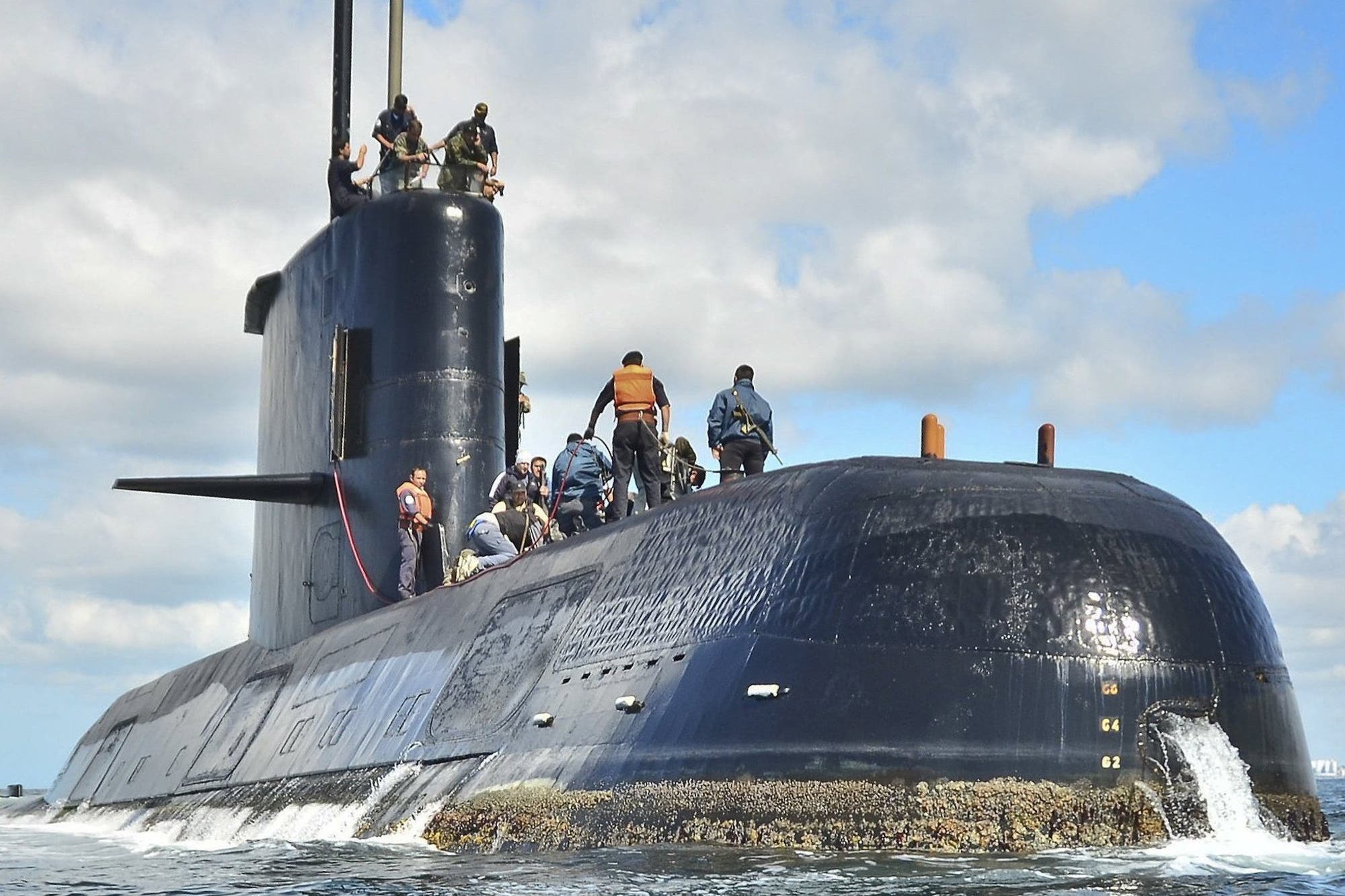 One year and a day later the search ended. When the fate of 44 people who traveled as a crew from

It seemed that the infinity of the Atlantic Ocean disappeared forever, a private company located yesterday, the remains of the ship, at a depth of 800 meters, more than 600 kilometers from the coast

The information was confirmed

and the Argentine Navy. "According to the survey of interest point No. 24 reported by Ocean Infinity, the observation from the ROV is 800 meters deep, positive identification was given to #AraSanJuan," they announced. Ocean Infinity is a company that was hired to search and which soon broke off the mission. ROV is an acronym for a remotely operated vehicle that operates remotely.

Prior to the public confirmation of location information, around midnight, the Navy communicated with relatives and relatives of 44 crew members and with Marta Yáñez, the judge in charge of the judicial inquiry into the disappearance of the submarine.

The last message from ARA San Juan was on 15 November last year, while traveling from Ushuaia to Mar del Plata Marine.

According to Ocean Infinity, which will charge $ 7.5 million for the detection, the South Atlantic submarine is about 800 meters deep, about 250 nautical miles (460 kilometers) from the Chubut Bay, San Jorge, where an operation center was installed during the search. This is a point that has already been examined, but they have not found anything. Relatives were those who insisted on returning to the place in a certain area where it was supposed to be a submarine.

It started on September 8th to about 300 nautical miles from Comodoro Rivadavia. So far, 40 Norwegian vessels with a Seabed ship have arrived on board, including seamen and technicians, together with four
veedores of relatives and three countries.

After the outbreak forty hours, the AUV was recovered from the sea when the battery ran out. Once upon the ship, the data collected by the solar drum, the multibeam probe and the magnetometer were transferred. It took about four hours. Later processing lasted from 10 to 12 hours longer. On the basis of this data, "interesting points" were explored by ROV, with high-resolution video cameras that were transmitting live images.

"Points of interest" were assessed on a scale of five levels: "A" class corresponds to submarine identification, "B" corresponds to "high probability", "C", "strong probability"; "D", "unlikely compatibility" and "E", "identified as incompatible". The discovery of ARA San Juan was discarded 24 points, mostly geological formations.

With the location, watch before the end
The first phase of the search was fulfilled by the company. The government should now assess the feasibility of submarine recovery, complicated operations.

What happened in the opinion of experts

Three experts from the research commission and
ad honorem that the Ministry of Defense pushed one month after the last contact with the ship, found that a series of events that were simultaneously interconnected and related caused a submarine implosion.

The members of the group analyzed previous examples and international bibliography. They met with other international experts with people who carried out the repair of the submarine half-life and were in contact with the CTBTO Organization, which detected the "hydroacoustic anomaly" on 15 November 2017.

According to the
document, a series of events began with a fire in a battery located in the bow of the submarine. The incident would be the result of the entry of water through the respiratory tract. On 14 November 2017 a storm came to the southwest, which meant that the surface ship had to swim towards the northeast, so waves would have less impact on navigation. The fire forced ARA San Juan to the surface, at night and in the middle of a storm. In darkness and in hostile weather, controlling this incident and taking away smoke and hydrogen could take several hours. According to a report, when the situation could be controlled, also partially, the submarine sunk in order to sail to Mar del Plata and continue work on repairs.

At this point, the crew collected "physical and psychological" weariness for the experts, because in this situation it was a whole night. This was not reported in the latest communication, which was on 8.55 on 15 November.

From there, at some point the fire looked back or a new one came down. Again in the darkness and now with the crew tired, a new explosion could lead to a lack of control. Faced with this situation, the "government system" of the vessel that would go to the bottom, was lost or affected. At this point, the crew would already be aware of their ultimate goal. It should be noted that the depth of the sea in this sector is not taken into account because it was not possible to imagine an error that would leave the submarine uncontrolled.

According to the Commission, the explosion discovered was an actual implosion and the removal of the hull with water pressure. This can be verified through the CTBTO. Now, before discovering submarine remains, they may be able to complete the reconstruction of what happened after the disappearance.

The distance between the explosion and the discovery

There are 41 kilometers separating the place where the submarine ARA San Juan exploded more than a year ago from what it discovered last night.