Home / argentina / AMIA: Carlos Menem was released and the first referee was convicted for concealing the attack – 28.2.2019

AMIA: Carlos Menem was released and the first referee was convicted for concealing the attack – 28.2.2019 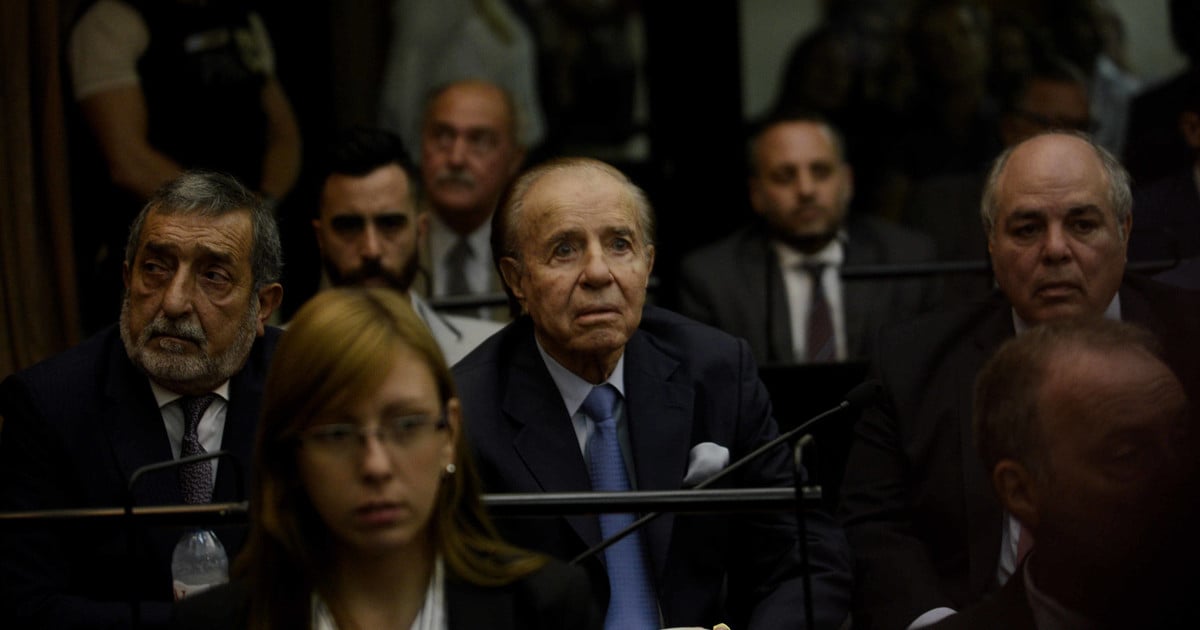 Former President and current Senator Carlos Menem was released this Thursday accusation that she concealed a terrorist attack in 1994 against the AMIA resulted in the death of 85 people, but his former Secretary for Intelligence Affairs, Hugo Anzorreguy and the original judge in the case, Juan José Galeano, which was rejected in the last decade, were sentenced to serve effective imprisonment, which will only come into force after the sentence has become final.

In the judgment of the Oral Federal Criminal Court 2 (TOCF2), it was stated that Galeano was found guilty of criminal offenses of misconduct, abuse (issuing decisions contrary to law), unlawful deprivation of liberty, concealment and violation of evidence, and had to serve a sentence of six years.

Anzorreguy, who yesterday decided not to use his last words before the judgment, was also sentenced and sentenced to four and a half years in prison for criminal offenses of concealment and concealment.

In both cases, it is primarily the payment of 400 thousand pesos / dollars to the first and main prisoner in the case, Carlos Telleldínto accuse the former Buenos Aires police officer, who was, like him, fifteen years ago to be exonerated, precisely because of the nullity arising from this unlawful rendition of the secretariat for intelligence affairs (SIDE).

Menem, on the other hand, was innocent of the accusation of redirecting the investigation in order to protect the trader of Syrian origin. Alberto Kanoore Edul, on the wrongly called "Syrian route" at the beginning of the case. Judges Jorge Gorini, Néstor Guillermo Costabel and Karina Perilli could not find evidence of their impact on this matter.

The original cause exploring the attack itself is attributed to former Iranian officials accused of planning an attack, but the Argentine courts can not prosecute them for refusing Iran to cooperate with local authorities.

In this long legal proceedings, which lasted more than three years and was known as AMIA II and concluded this Thursday in an oral argument (on 3 May, the full content of the sentence, ie the reasons for the penalties and exemptions imposed by the court). He was also found guilty and convicted They serve the prison for three and a half years in a to return 400 thousand dollars that the former SIDE paid him.

In addition, the former wife of Telleldina was convicted, Ana Boragni (two years in prison, a conditional execution, present at the time of unlawful payment to her husband), former Under-Secretary of the Intelligence Service Juan Carlos Anchézar (3 years) and former Commissioner Carlos Castañed (3 years), in this case for cassettes with missing listeners of the investigation.

On the other hand, the former chairman of the delegation of the Argentinean Israeli Association (DAIA) was exempt. Rubén BerajaAttorney Víctor Stinfale – then Telleldin's advocate, former director of the former intelligence secretariat (SIDE) Patricio Pfinnen and former Commissioner Jorge "Fino" Palacios.

Former prosecutors in the case, Eamon Mullen in José Barbaccia, for which a complaint by the Ministry of Justice did not require conviction in the disputed measure that caused short-term contacts in the Cambiemos alliance for criticizing the deputy and head of the Citizen's Coalition Elisa Carriówere convicted of guilt, sentenced to only two years in prison, a conditional execution. So they will not go to jail if this punishment is confirmed. They made sure they did not take part in the Telleldin payment negotiations.

A person who was accused of surrendering to terrorists a truck used as a car bomb in the attack, as evidenced by the judiciary, will be re-assessed after the main event in the oral trial, which is due to start next week, but TOCF2, at the request of prosecutor Abel Cordoba to consider the agenda.

However, this will not be the only oral hearing in the coming months regarding the most devastating terrorist attack in the country after a democratic recovery and two years after the first attack on the Israeli embassy in March 1992 and a balance of 22 dead

The start date has not been set yet, but in the second half of this year, TOCF8 will have to assess the concealment charged by former former deputy Alberto Nisman against former President Cristina Fernández de Kirchner and other defendants in the memorandum. on the agreement signed by his government with the Islamic Republic of Iran.

Judge Claudio Bonadio instructed this case on the basis of Nisman's complaint four days before his finding a dead man with a sphere in his head in his apartment in Puerto Madero, carried out in a complete investigation and with sights at telephone exchanges. all those involved and the people who used their mobile phones in the crime zone on those days in January 2015.