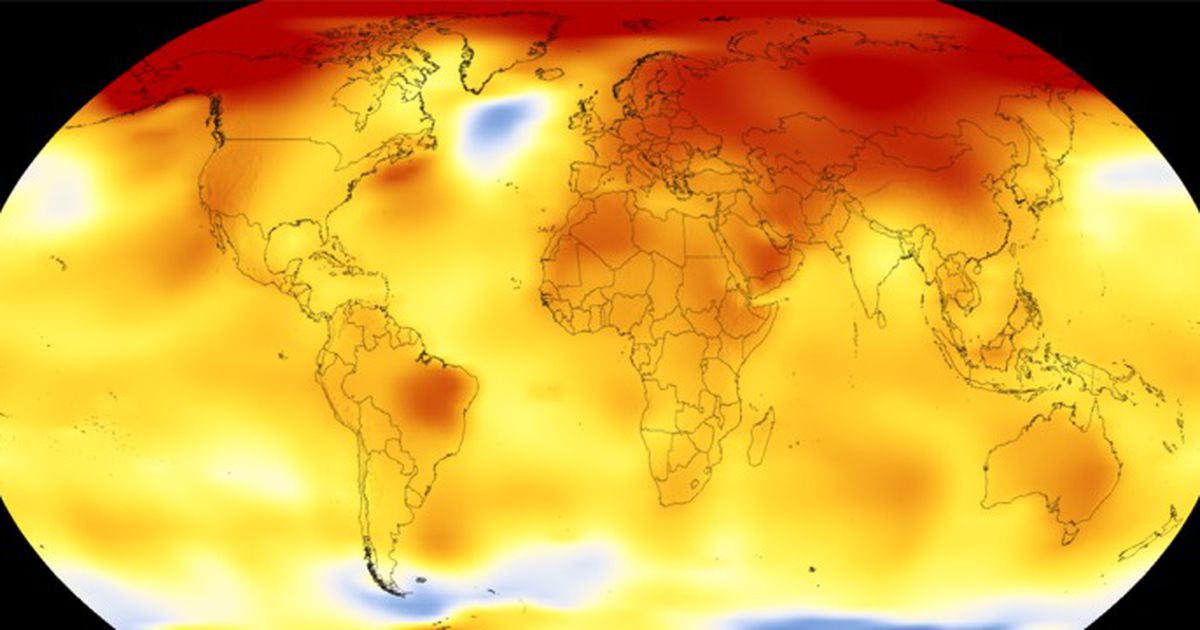 Here are the statistics: On Earth, the last 19 years were the warmest in history.

And as NASA and the National Oceanic and Atmospheric Administration (NOAA) announced on Wednesday, the last five years have been five of the hottest in history since record-keeping began in the 1980s. This is an irreplaceable, accelerated warming trend.

The warming of the 21st century around the world is becoming ever more severe compared to the coldest years. As Simon Donner, a climatic scientist who explores climate change caused by a man at the University of British Columbia, highlighted the list posted on Twitter, The 20 coldest years took place nearly a century ago, between 1884 and 1929.

The average temperature of the earth has risen by more than 1.8 degrees Fahrenheit (1 degree Celsius) since the beginning of the industrial revolution, which makes annual cold recordings more and more rare.

However, annual cold records are not becoming ever rarer. Over the past 10 years, twice as much daily heat records were identified as cold records.

"The trend is in exactly the same direction as you would expect from the warming of the planet," Mann said.

Although strong greenhouse gases that sustain heat – mainly carbon dioxide – have warmed the planet for more than a century, this trend has accelerated and increased greatly over the past 40 years.

"Since the 1980s, we know that the Earth has a fever," explained Mashable earlier this year by Sarah Green, chemical chemist.

This is a consequence of simple physics, which we understand from the 19th century. Already in the late 1980s there was much less carbon dioxide in the air. Now, carbon dioxide levels are probably the highest in about 15 million years.

And Earth responds. The earth is warmer than it was in about 120,000 years ago – back when the hippos were led across Europe.

Both cold records, as expected, are extinct.